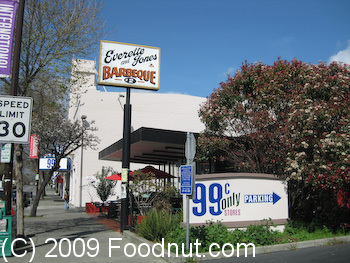 Everett and Jones is a Barbecue restaurant with locations in Berkeley, Hayward, Sacramento, and Oakland’s Jack London Square. We ate at their Berkeley location, which is much more informal than their flagship Oakland one, which has live music. Our last visit was to the Berkeley location in 2013. 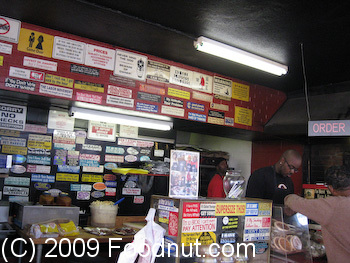 Decor, Vibe – Everett and Jones is a converted old fast food place with bumper stickers all over the wall, picnic tables outside with people hawking stuff. Mostly local regulars were getting lunch. The Oakland place is much nicer.

2 Way Combo ($16.30) Pork Ribs – The pork ribs were low in quantity but were very tender and flavorful. The brisket was a little better than the ribs. The BBQ sauce is very good,  sweet and both tangy and smoky. You can get mild, medium, or hot sauce. It also came with 2 slices of simple wheat bread and a fair potato salad. 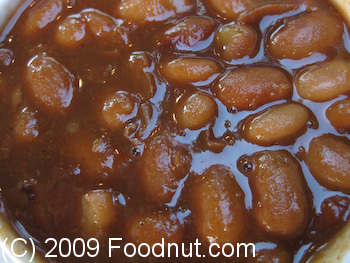 Baked Beans ($1.50) are a great side, slightly sweet, good quantity and very tasty.

OK:
2 Way Combo ($15) Beef Links – Were of large quantity in the combo. Good but not as good as the ribs. These were cooked to the point of being a little chunky.

They took about 5 minutes to get our food together. They have one serious oven here. Prices are on the high side for such portions. Everett and Jones has been serving up serious BBQ for since 1973. The ribs and BBQ sauce are the ticket here. If you are in the East Bay and into BBQ check this place out. San Francisco’s Memphis Minnie is a far nicer restaurant with decent BBQ. Lafayette’s Bo’s Barbaque also is nicer.

If you want to buy some BBQ sauce, you need to bring your own jug along. They sell their BBQ sauce at several local East Bay grocery stores.

Best of Food in San Francisco

Plant based dinner at Baia