More Foodie delights from our  recent trip to China. 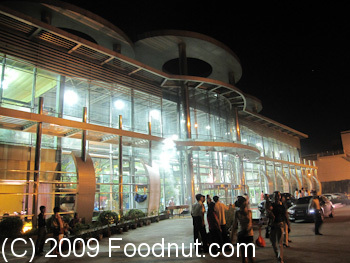 Tang Du Zoology Restaurant or Ecological Park is one of the biggest restaurants we have ever seen. It is located in Taiyuan, an industrial city about 400km from Beijing. Open in 2006 and occupying 16,818 square meters (3 NFL football fields!), it is indoor “natural habitat” full of trees, waterfalls, fish, crocodiles, seals, birds, and a playground. They serve a wide range of Chinese food styles: Guangdong, Shandong, Sichuan, Anhui. 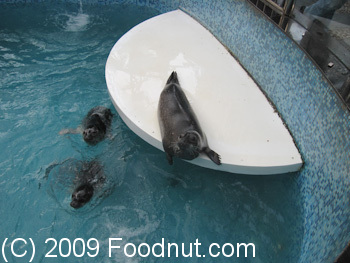 Live music was being played, there are 3 live seals that you can feed sardines to, artists making custom toys, and there is a playground for kids. 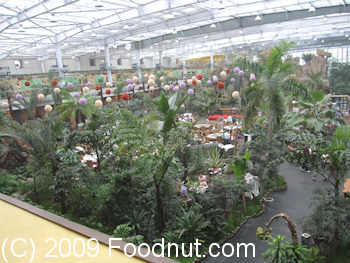 Decor, Vibe – Enormous Rainforest cafe like with seating in many different zones. Private rooms on several floors. Transparent huge open kitchen with hundreds of workers. This is clearly a popular oasis that lets diners get away from the dirty, noisy, crowded city outside. The place was about 80% full the day we visited.

Ready to take your order 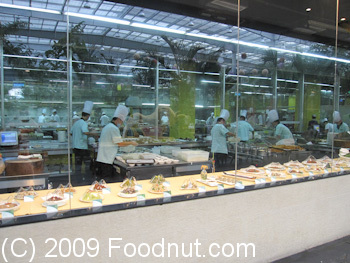 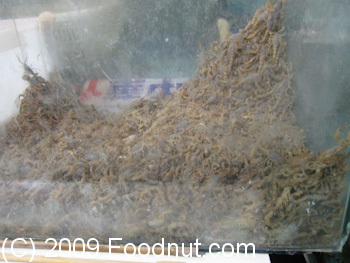 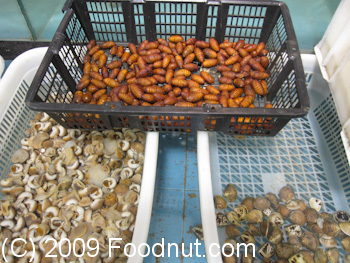 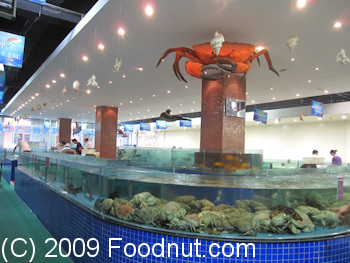 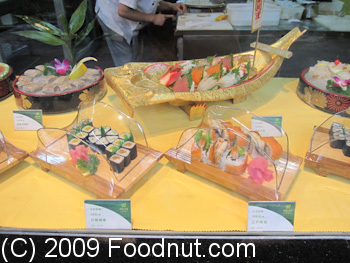 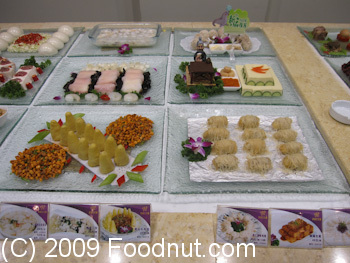 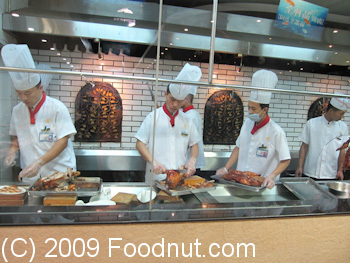 Full layout of their menu

There is no physical menu. All the food is on display. You walk around with a waitress to place an order. There are enormous tanks full of live seafood to choose from. The variety of food is outrageous, from Peking duck cooked in special ovens to Bear Paw to Sushi to live Scorpions to long Boiled soups. 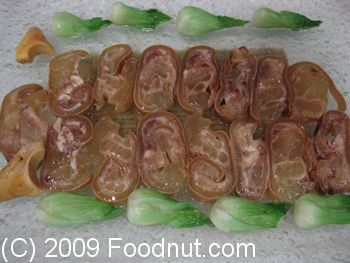 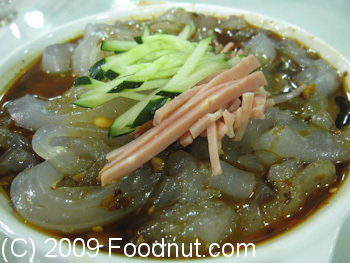 Cold Jello with shredded ham and cucumber is a staple to this area. Done well and good for the summer. 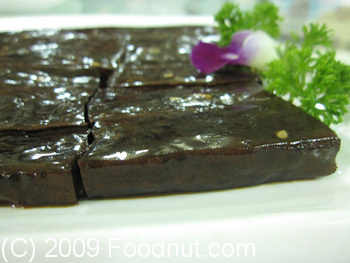 Cold Marinated Tofu was pretty tasty. It had a lot more texture (and color!) than most tofu. 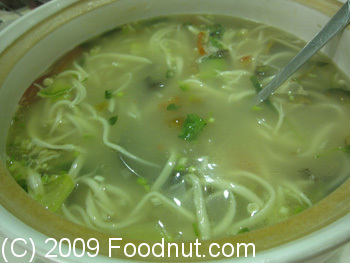 Noodle Soup (188¥, $1=6.8¥) had noodles that were hand cut at our table with scissors. Pretty amazing dexterity on the part of the server. The flavorful broth was very good too, indicating it had been cooking for hours. 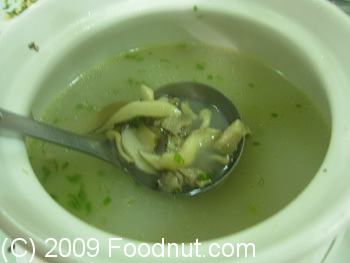 Mushroom soup with chicken was very good. We asked the cooks if they cooked it in the pots lining the window. They responded that the soup had been cooked for hours and was simply reboiled. 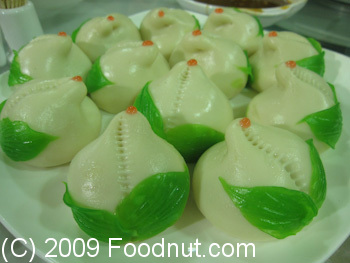 Buns with red bean filling looked great and amazingly tasted good. Filling was not too sweet. 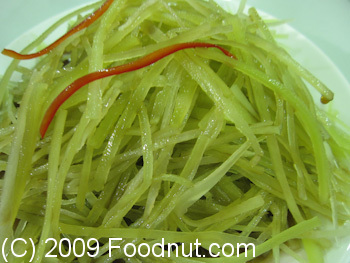 Shredded potato is another classic dish in this area. Simple but satisfying. 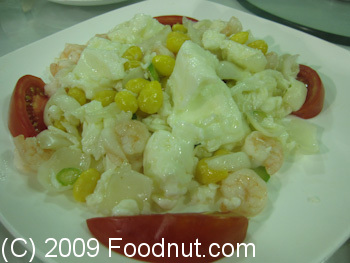 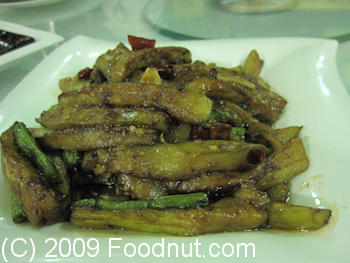 Sauteed Eggplant had some fresh eggplant and lots of it but a lot of grease too. Couple string beans mixed in too. 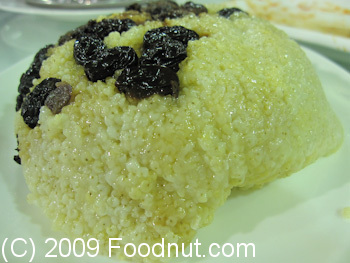 Eight treasure rice was a nice dessert with raisins laying on sticky rice. Not as much sugar sauce as other versions. 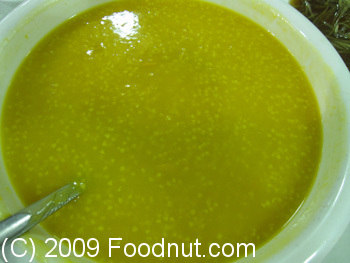 Millet porridge was pretty bland. Tiny yellow nutritious grains. It is a local favorite and served cold for the summer season. Homestyle food. 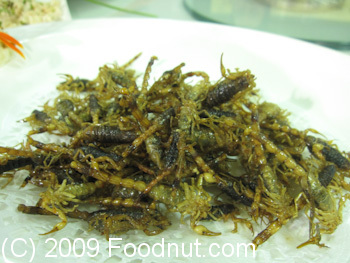 Fried Scorpion were very crunchy but almost tasteless. A novelty for westerners as all the others at the table had never had it. 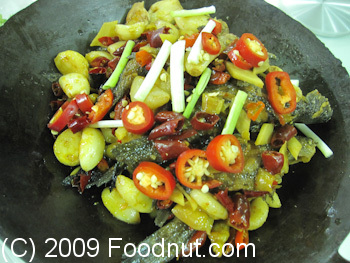 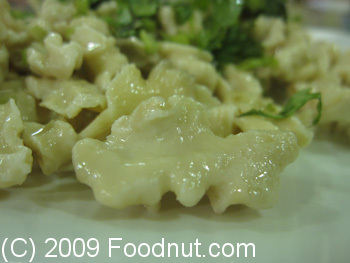 Young fresh walnuts were raw white walnuts that were unshelled, peeled, and them sauteed. Simple and lots of walnut flavor. 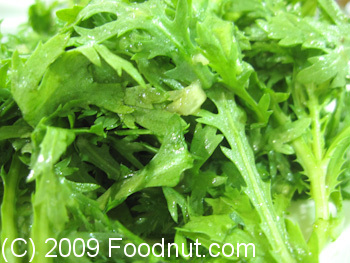 Greens in a simple light sauce seems to be a popular salad in this area. Foreigners need to be careful with raw vegetables.

Tang Du Zoology Restaurant had fair service with the waiter needing to be hailed for many items. They could have used more people in our zone. Prices are reasonable if you stick to core items and do not go overboard. The waitresses will push fancier items that probably won’t be the best when cooked by such a huge kitchen. If you are visiting this area, you must check out this one of a kind restaurant. Cash only, ATM available in the restaurant.
They have a newer location in the Northwest Chinese city of Harbin. 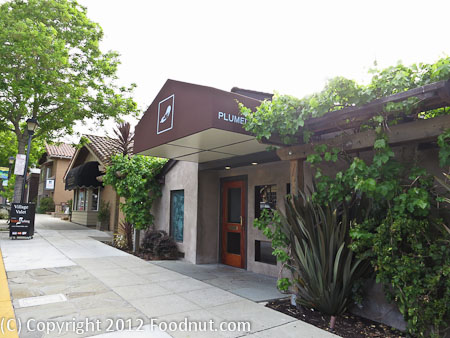