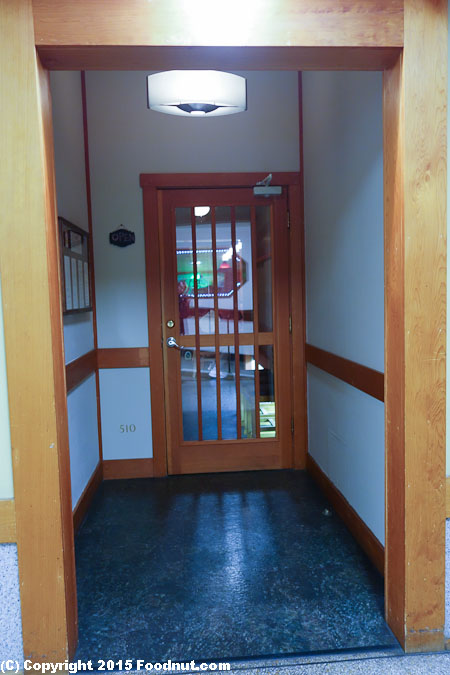 Why did we dine here? – An Japanese is a new Japanese Edomae-style Sushi restaurant in San Francisco’s Japantown, taking the place of crusty old Ino Sushi. It is run by the folks behind Koo in San Francisco’s Inner Sunset district. Hayakawa San and his wife run this small restaurant. Definitely and intimate affair here.

2015 has seen many new high end Japanese restaurants. Part of the dot com explosion? Be sure to try top notch Sushi Yoshizumi

Insider Tip – It is a small restaurant, so reservations are a must.

Service – An Japanese had surprisingly good service with the wife running around ensuring everything was going well. She kept the cups filled and dishes moving.
Verdict – An Japanese is a solid high end Japanese restaurant. Prices and quality are inline with the other high end places in the City. Come here for the Omakase and let the chef wow you. While we were not wowed, the food did hit the spot.

How does this restaurant compare to our journey to Japan earlier this year? Read our review of Sushi Kanesaka, Tokyo Ginza. That place is still on another level compared to An.

An Japanese’s Menu focues on an Omakase $80 meal with cheaper Omakase Nigiri 12pc $75 and Nigiri 7pc & Kanpyo Make $50. They have an a la carte menu unlike several other high end Japanese restaurants like Kusakabe. Those with dietary restrictions can dine here as apposed to the more rigid places.

Omakase ($80 per person) Consists of:

Atsu-mono – Cooked Yellow Tail with Daikon – Good but not exceptional. Maruya had some better cooked dishes. 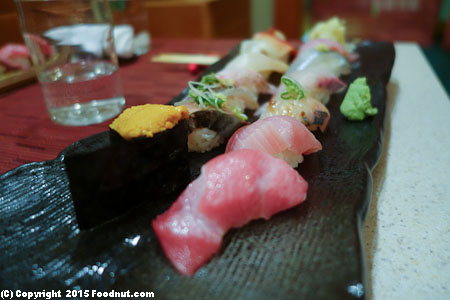 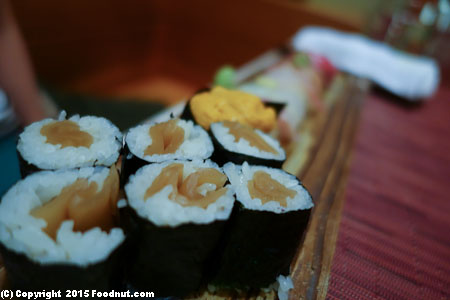 Chawanmushi ($8) came in a cool small pot. Fish eggs topped this egg custard. It had 2 types of mushrooms, scallop, and more. Fancy stuff. 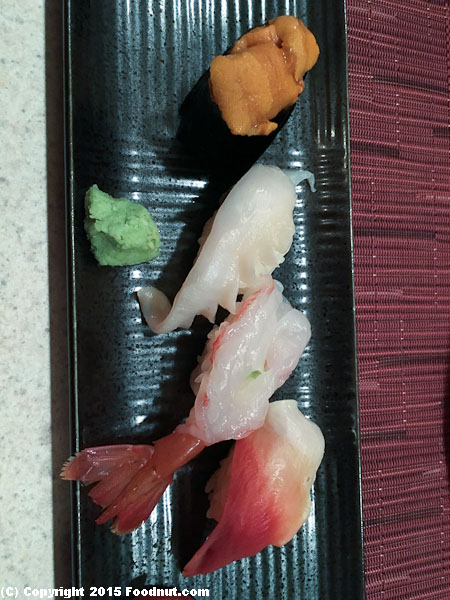 Uni Nigiri ($8) from Japan – They use both Santa Barbara Uni and Hokkaido Uni, impressive. Smooth, tall, cool, could have used more Uni. 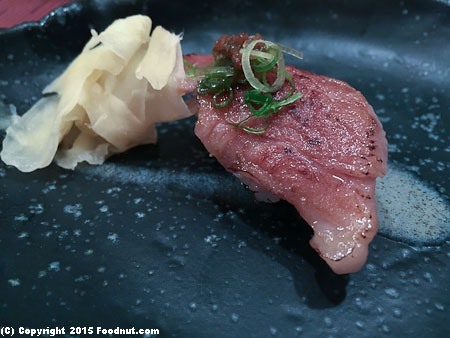 Wagyu Nigiri Sushi ($8) Miyazaki, Japanese beef A5 was lightly seared and thinly sliced. Fatty essence made it smooth and flavorful. We will never forget eating Wagyu beef in Tokyo. 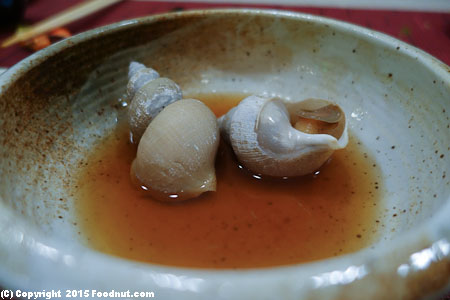 Boigai ($8) Sea Snail steamed in sake soy broth (2pc) – We had to carefully twist the meat out of the shell. The standout was the sake soy broth. We drank it down after eating the 2 snails.