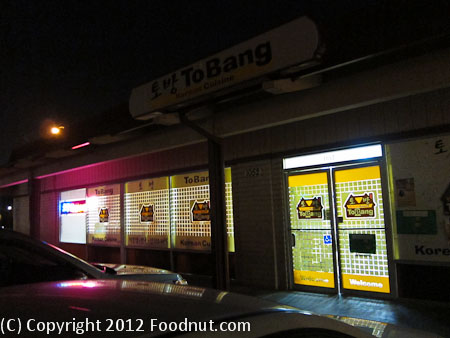 Why did we dine here? – Tobang is located next door to the Korean restaurant Kunjip in a Santa Clara strip mall full of Korean merchants. We had enough soup and noodles there, and wanted some Korean BBQ. 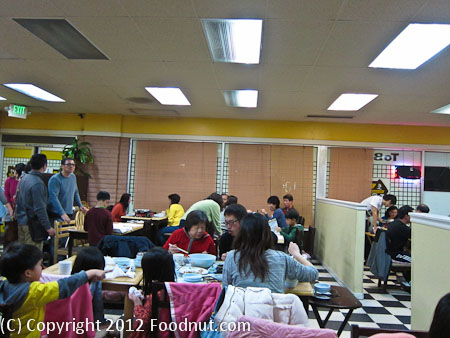 Service – Tobang had reasonable service, with a friendly waitress. You do have to hail down to get things done.
Verdict – Tobang serves up very good Korean food. Oakland and Santa Clara are ground zero for some of the best Korean food in the San Francisco Bay Area. Be sure to check out Sura and Pyung Chang in Oakland.
Next door is soup, noodle restaurant, Kunjip. Jang Su Jang is more famous and has nicer interior decor but we like the food here better.

Tobang’s Menu is not large but includes all the familiar items including BBQ, Bi Bim Bab, etc. 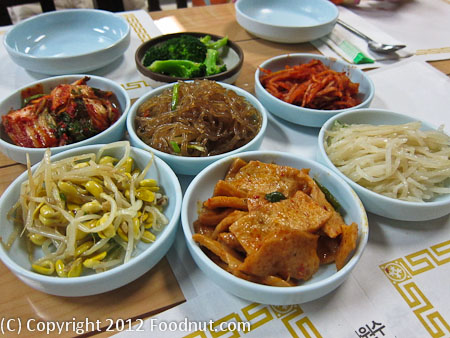 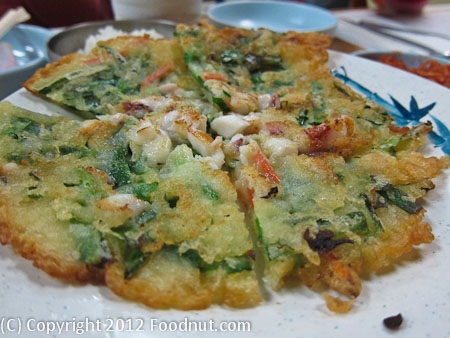 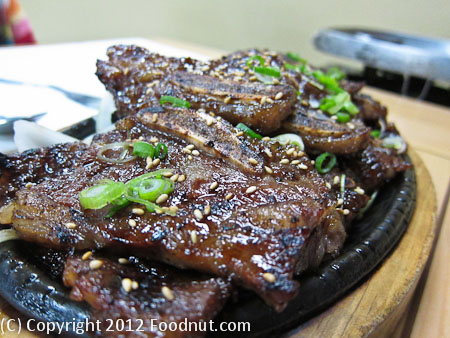 BBQ Beef Ribs Kalbi ($16.99) did not come out of the kitchen sizzling hot, but still proved to be very good. Nice flavors including a hint of fruitiness. They also included pickled daikon to wrap the meat in. 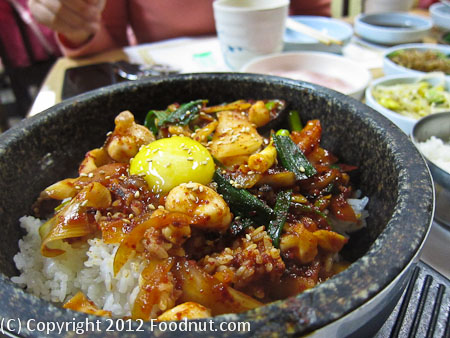 Seafood Bi Bim Bab in a clay pot ($12.99) was also very good. The waitress recommended the seafood one over the beef one, a really good suggestion.