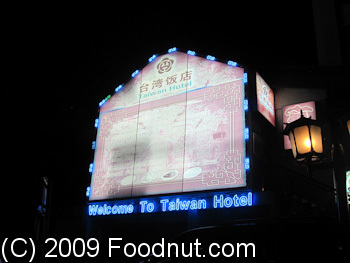 The best deals here are the nine course dinners that start at 398¥ ($1=6.8¥) per person, you would pay that much for just the shark’s fin soup. More expensive fixed priced meals add fish, abalone, or sea cucumber. They add a 15% service charge and charge for tea. Venison is also one of their specialties. They close at 9pm, so go EARLY.

Decor, Vibe – Old traditional Chinese decor with all clean, individual private rooms. They even have a golden throne and old decorative garb for you to wear and take pictures with. The place was fairly empty when we arrive for a late dinner. 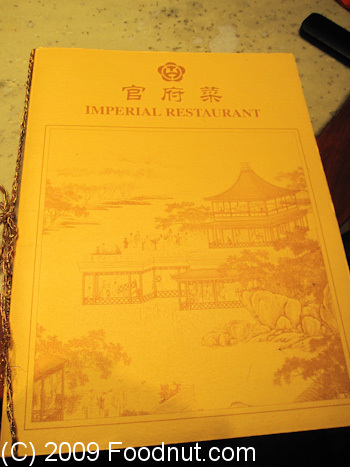 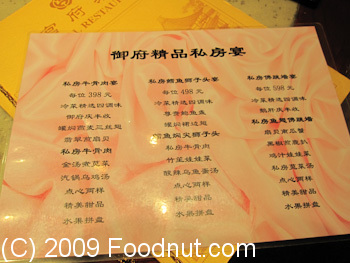 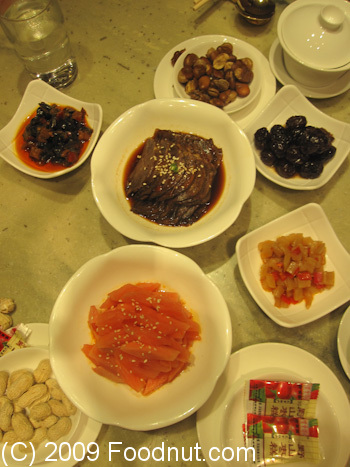 Pick: Course 1: Cold Dishes – Six different cold appetizers to get your appetite started. This course cross almost all flavors. Marinated beef in soy sauce had excellent flavor and was enough for many more people. 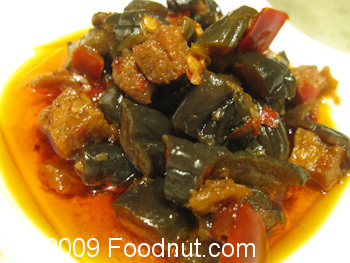 Chinese mixed pickles were salty “pretty in heart” turnips best eaten with the meat. Marinated peanuts were spicy and a little unusual for us. Home made dates were very sweet. Cucumbers pickled in chili with tofu was really spicy. Shelled peanuts and Candy snacks rounded out the first course. 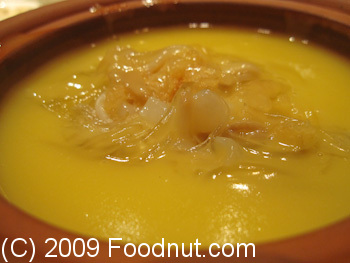 Pick: Course 3: Braised Shark’s fin with fish maw and turtle – edge (skin), shark’s fin edge, bamboo shoots, duck, scallop, in cream chicken soup had been cooked for 10 hours and was reduced to a very thick, rice, and flavorful broth. Oat was added to thicken it and it was served atop a candle lit warmer. This dish is totally non PC but was awesome. It was the best shark’s fin we have ever had. The flavors were extremely strong making this a soup to savor.

OK: Course 4: Lobster soup with Braised scallop. Minced broccoli, yam made an accompanying mash potato like mound. Love this type of dish but the scallop was not cooked well and ended up too mushy. 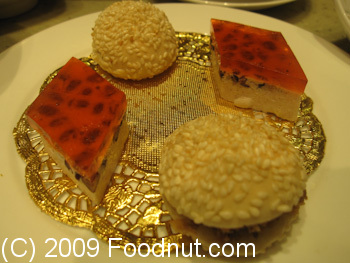 OK: Course 5: Red Bean and strawberry mouse, and Minced pork buns. The jello was really sweet making it weird how it goes with a simple mini pork bun.

Pick: Course 6: Roasted beef steak in BBQ sauce is one of their specialties. It was cooked to a well done and had pickles and mash potatoes. There was good flavor and texture on the tender meat and zesty gravy. This is almost a western dish.

Pick: Course 7: Vegetables (Heun Choy) in a pumpkin millet sauce was very healthy and nice change of course after the beef. 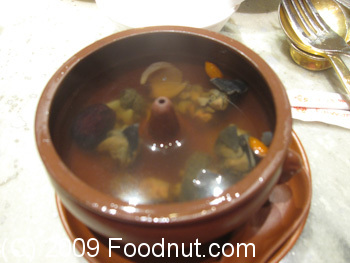 Pick: Course 8: Black Chicken soup was a nice light and healthy soup. It was long boiled and had dates, wai san, and lin gee making it slightly mediciney. The special pot it was served in steamed while in the soup.

OK: Course 9: Fruits and Grapefruit pudding with fresh grapefruit on top. The extremely smooth pudding was made with carrot juice not a bunch of cream. Again health emphasis.

Taiwan Hotel Imperial Restaurant had excellent service with one server constantly attending to our needs. The nine course meal was a good deal as the food costs far more a la carte. We can recommend this place to anyone seeking to try some of the best in royal Chinese cuisine. It is an experience not available in most areas outside China.

If you are a foodie and have not tried Imperial Cuisine, do not miss this. Our meal was so overwhelming, we actually forgot to take pictures of several courses! We wish they were located in a better venue. Menus have English. Near Wangfujing Subway stop.

Be sure to visit the nearby Dong Hua Men Night Market. 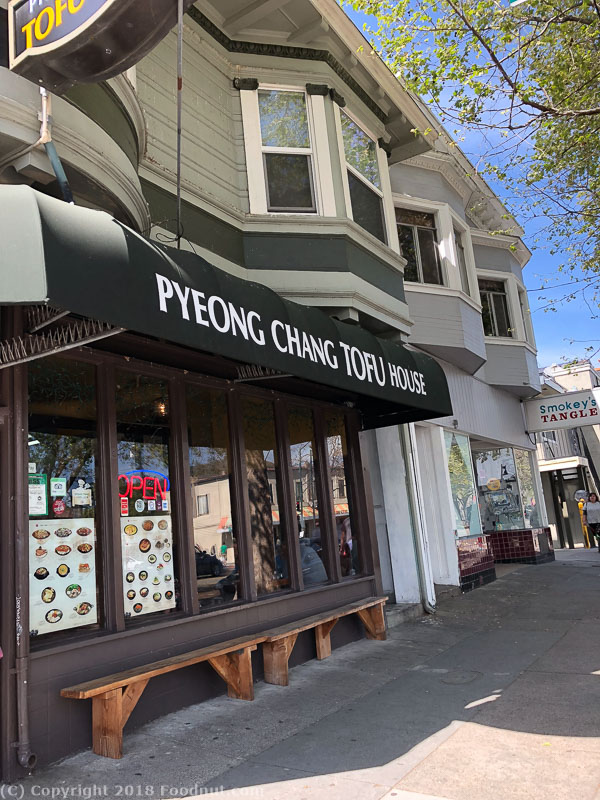