Why did we dine here? – Cuisine Cuisine is a One Michelin star restaurant in the posh Hotel Mira (They had 2 Michelin stars in the past), which is renowned for having Edward Snowden, the US whistleblower, stay. Executive Chef Lee Yuk Lam has a ton of experience cooking fine Chinese fare. This hotel is conveniently located in the middle of the main Hong Kong Tsim Sha Tsui tourist district. Other parts of our party were dining upstairs at the Whisk Sunday Brunch Buffet. This restaurant has received many accolades and also has a branch in the swanky IFC shopping center on Hong Kong Island. The IFC branch looks exquisite and is full of financial types on an given day. Cuisine Cuisine is owned and operated by the Miramar Group, which runs many fine establishments. A Beijing location opened in 2011.

Their Trip advisor reviews are mixed at best, so it was interesting to see how our experience would fare.

Decor, Vibe – Cuisine Cuisine is housed in a modern room, with nice soft green touches and a high ceiling. Clearly the crowd included hotel guests as well as locals ready to indulge. This restaurant has a huge wine cellar.

Steamed Shrimp dumplings topped with gold leaf (HK$68 for 4 pcs) – wow, putting gold on a dumpling? Pretty extravagant. All I can say is these har Gow or top-notch, silky smooth. A lot better than the ones in the US.

Pan fried Turnip cakes with parma ham and prawns in XO Chili sauce(HK$85) was another common dish taken to another level. High-quality ham, and fresh prawns, on top of a well-made turnip cake. 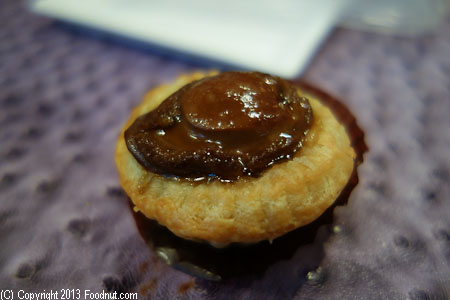 Chicken puff pastries with whole abalone (HK$148 for 3 pcs) was a signature dish the waitress said we had to order. Pretty expensive, but considering you get real abalone, this was a nice contrast in crispiness and chewiness. 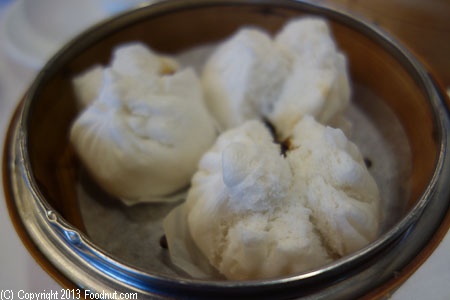 Steamed bean curd sheet rolls with pork and squid in abalone sauce (HK$60) is a more exotic dish, but another example of why Hong Kong dim sum is far superior to dim sum we have in the San Francisco Bay Area. Exotic ingredients, and simple bean curd taken to another level. 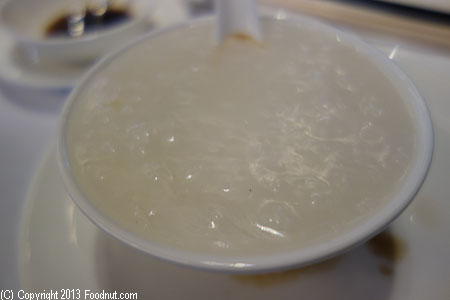 Chicken Congee (HK$70) is also a simple dish, with Rice porridge that possesses a robust flavor, common in Hong Kong, but not existent in the San Francisco area.

Service – Cuisine Cuisine had very good service. There wasn’t a need to hail servers, as they were constantly scanning the room. Plate changes, food offerings, and more were performed smoothly.

Verdict – Cuisine Cuisine was a good option for us. The room was beautiful as was the service and dim sum. No view of the harbor, but solid food and service. Prices are on the higher side of course, though we have no qualms about returning for another meal. Again we have nothing like this back home in the San Francisco Bay Area.

Alternatives – Our favorites include Lung King Heen, Lei Garden, Ming Court, and many others.

Have you dined at a better restaurant than this? 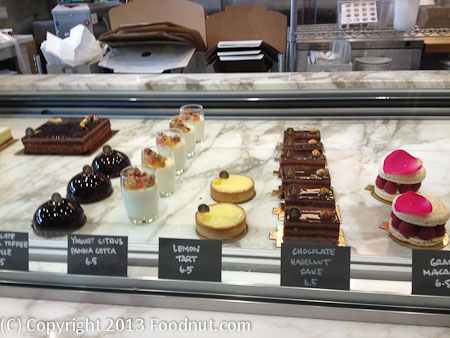