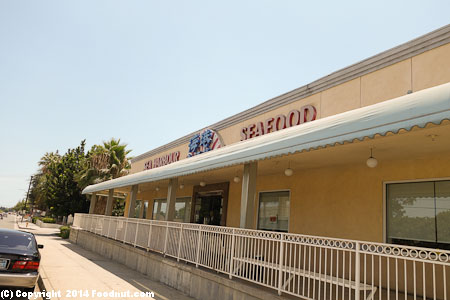 We have been to Sea Harbour Vancouver, Canada and to a location in Zhongshan  – Guangzhou, China, and had solid meals everytime, so it was a no brainer to come here.

This restaurant group has about 30 locations in China. They are known as Harbour City Seafood Restaurant there – Dianping Page for Zhongshan location. This is an 18,000 sq ft HUGE restaurant.

Sea Harbor serves dim sum during lunch, and traditional Cantonese dishes at dinner time. Our last visit was at the end of 2016. Prices were up over 2014.

We found this restaurant better than Elite, King Hua, Lunasia, and several other Chinese restaurants we have tried in the San Gabriel Valley.

Unfortunately we find Koi Palace in Daly City, CA superior to Sea Harbor. It is a worthy fight but the winner is clear. 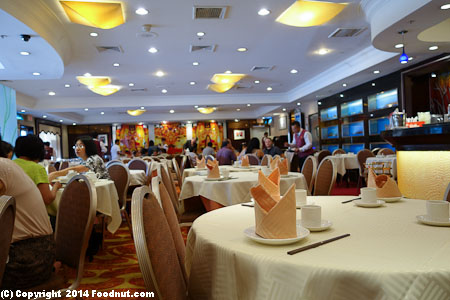 Sea Harbour Menu (Click to zoom into any picture)

Sea Harbour Seafood Restaurant Menu has a Chinese only checkoff sheet and an English picture menu. The menu is extensive and has many items that don’t exist in our area. The key to this restaurant is that they cooked to order, so everything is hot. No need to worry about coming close to closing time and getting stale items.

Consequently food takes a little while to arrive, and they often run out of items. The waitress told us that some famous dishes include the chicken and pork ginger buns, stewed pork ribs rice noodles.

Fried Squid with salty chili ($6.98) was hot out of the fryer, lots of tentacles, awesome.

Chicken Feet in Herbal Soup ($8.18) bathed in a meaty dong gui broth along with angelica, these are far less greasy than the traditional style. We even like drinking the thick broth! Part of the “From the Chef” section.

Beef Tripe in XO Sauce ($4.68) is labelled OX Omasum in XO Sauce on the menu. It has a slight spicy note but overall is very good.

Vegetarian congee ($4.95) was piping hot and had lily nuts and barley. Good flavored jook hit the spot. Chives and crispy won tons on the side. 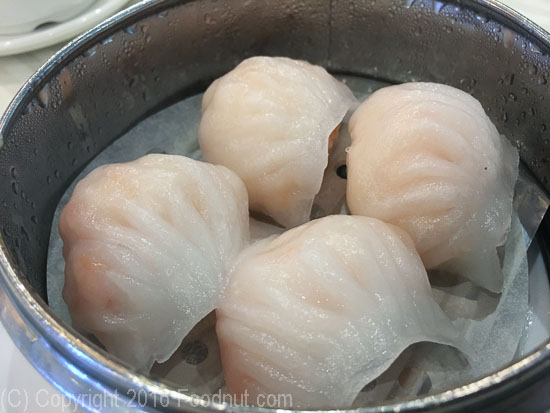 Crystal shrimp dumplings ($4.68) had four smaller sized dumplings or har gow. Huge mound of shrimp and top notch quality. Firm wrapper. Flavor is not as good as Hong Kong’s best, but superior to most in the USA. In 2016 we notice a dab of truffle oil. 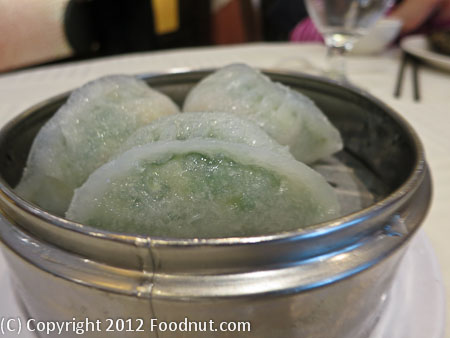 Shrimp and Chive dumplings ($5.88) were large and possessed lots of shrimp and chive blended flavors with each bite.

Chao zhao dumplings ($5) were also hot out of the steamer, and possessed a slight kick. 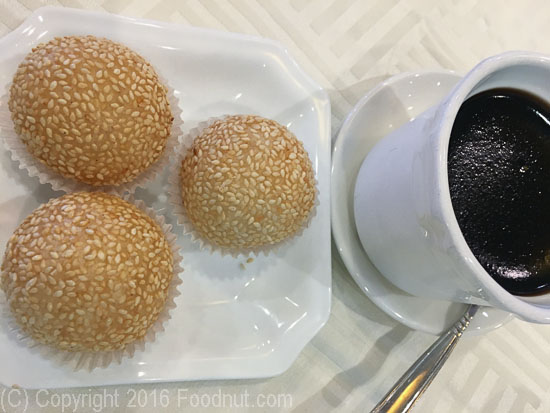 Sesame balls ($3.38) were some of the best we have had to date and we have had many around the world. Crisp, not too sweet, a must get.

Baked Low Fat Milk Buns ($5.88) sounded interesting. They are soft and filled with egg whites. Not too sweet and highly recommended. 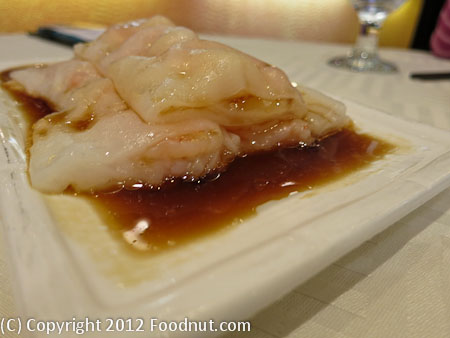 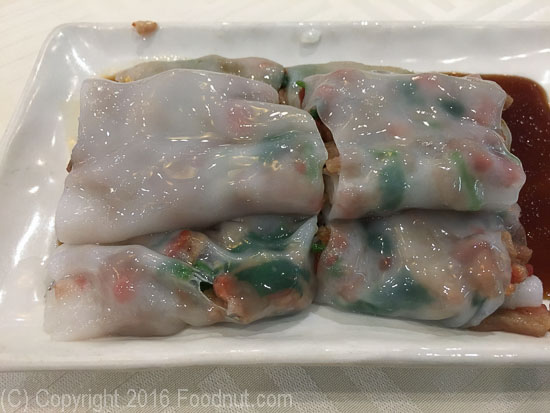 Steam Rice Noodle with BBQ Pork ($4.68) came with soy sauce on the side. Worthy of ordering if you do not like shrimp. Thin low profile noodles and lots of pork.

Radish Cakes with Assorted Preserved Meat ($4.68) is a good version of the classic dish.  Not as special as the XO sauce version at Champagne Seafood in San Mateo. 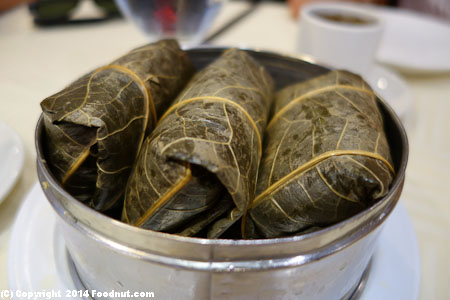 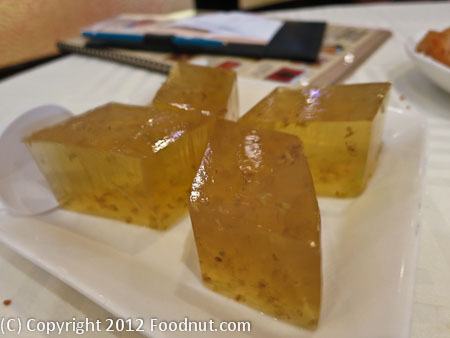 Coconut and osmanthus jello ($4.68) was lightly flavored and not too sweet. 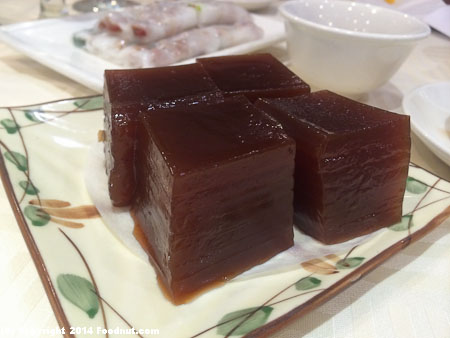 Date Pudding ($3.38) came to us warm and full of layered date juice. An acquired taste, this is well done.

Herbal Jelly ($3.38) was fairly medicinal. Lots of sugar syrup on the side. Nicely done.

Durian Puffs ($5.88) were decent and carefully made and much better than in the past.

Sea Harbour Seafood Restaurant had average Chinese restaurant service. We had to grab servers who were running around, to get things done. The dim sum here was fantastic, slightly better than our top pick in the San Francisco Bay Area, Koi Palace.

Everything was hot out of the kitchen, even towards the end of lunch. Items like the Egg Tarts do sell out. The next increment up would be to fly to Hong Kong. If you’re in the area be sure to check out this restaurant, it is worth the trip.