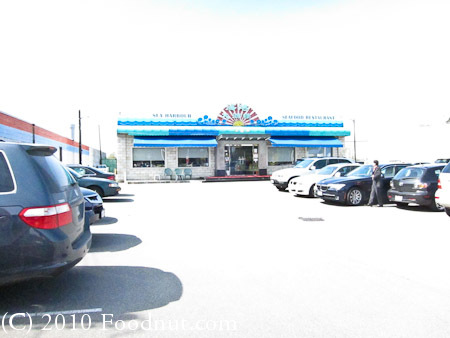 Sea Harbour Seafood Restaurant is a non descript Chinese restaurant in Richmond, BC, a suburb of Vancouver. It took a 20 minute Canada line subway ride to get here from downtown Vancouver. This place was highly recommended by food God Sherman. This restaurant has two locations in Southern California.

This restaurant group has about 30 locations in China. They are known as Harbour City Seafood Restaurant there – Dianping Page for Zhongshan location. This is an 18,000 sq ft HUGE restaurant. 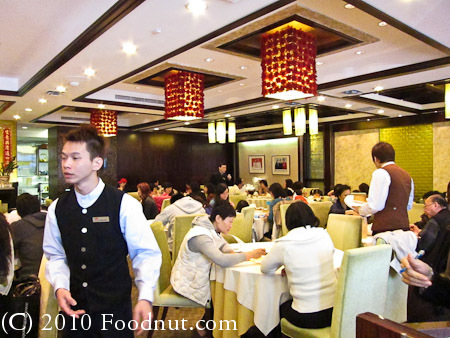 Decor, Vibe – Sea Harbour Seafood Restaurant looks a lot better on the inside, than on the outside. This restaurant looks like it was transported from Hong Kong. Velvet cream shades, modern wall of Asian decent, recessed ceilings, flower shaped lights, decor that Chinese restaurants back in the San Francisco area lack. The place was packed with Asians. Several large parties and many families and friends.

Sea Harbour Seafood Restaurant Menu has a Chinese only checkoff sheet. Their menu is extensive and has many items that don’t exist in the San Francisco Bay area. They have a menu with pictures, but the numbers don’t correspond to the checkoff sheet! Non-Chinese readers will have to order by pointing to pictures.
The key to this restaurant is that they cooked to order, so everything is hot. There are no dim sum carts. Consequently food takes a little while to arrive. 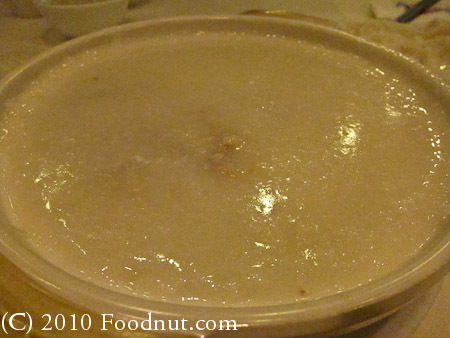 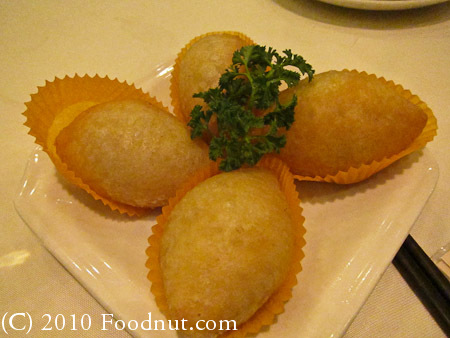 Deep fried pork dumplings ($4.50) were super hot, filled with meat, and very good. A bit greasy but well worth the indulgence. 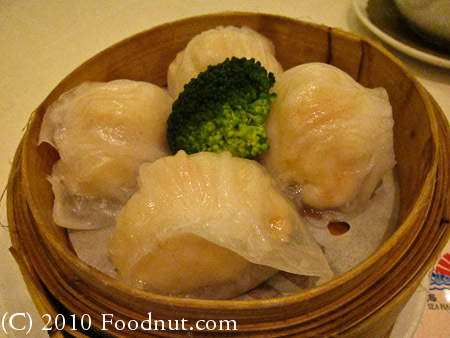 Crystal shrimp dumplings ($4.50) had four huge dumplings or har gow that we were unable to remove from the steamer intact. Huge mound of shrimp and top notch quality. 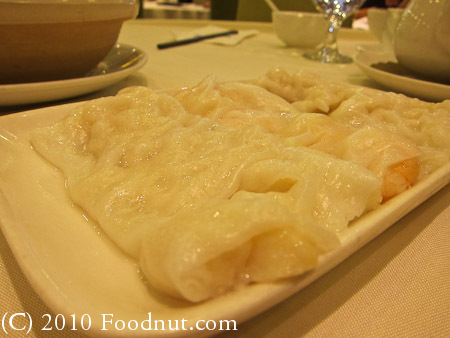 Steam assorted seafood rice noodle ($6.50) was a new dish to us. It came with shrimp, fish, and scalloped versions. The best ones were the shrimp and fish ones. Soy sauce was on the side. 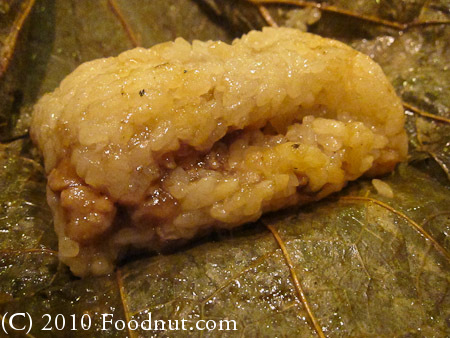 Sticky rice and meat wrapped in lotus leaf ($4.95) was a solid version of the classic dish. Not the best around but above average flavor and contents. 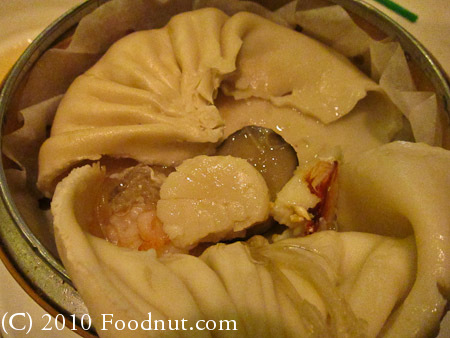 Steamed prawns, scallops and shark’s fin soup bun ($6.50) is a must get dish. It came with a straw that was basically useless because the soup was so hot. The thick skinned Shanghai style dumpling was full of excellent soup, and top-notch seafood. 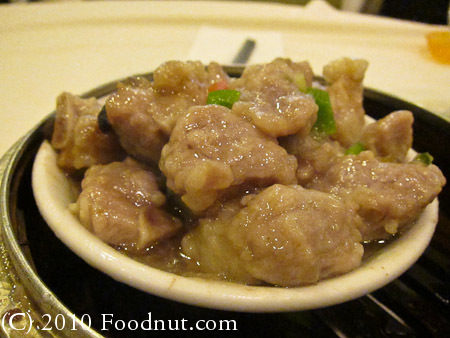 Steamed pork spare ribs in black bean sauce ($4.50) were piping hot of course and had a huge amount of meat and a slight spicy twist. What made this nice dish with a crunchy yam noodles included to sop up the juices. 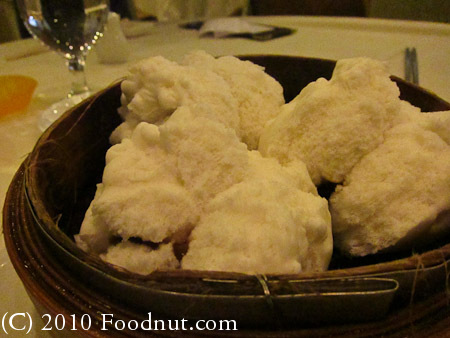 Steamed barbecue pork buns ($4.50) had three huge ones that had a lots of dough and some average meat. 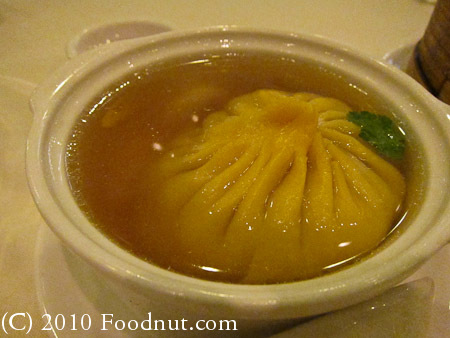 Special shark’s fin soup dumpling ($6.50) had an average broth, but a huge dumpling. This dish needed some vinegar and had a strong ham flavor that weakened the dish.

Sea Harbour Seafood Restaurant had average Chinese restaurant service. We had to grab servers who were running around, to get things done. They started erecting partitions at the end of lunch, and ended up walling off diners still eating. The dim sum here was fantastic, unlike anything we have in the San Francisco Bay Area like Koi Palace. Everything was hot out of the kitchen, even towards the end of lunch. The next increment up would be to fly to Hong Kong. If you’re in the area be sure to check out this restaurant, it is worth the trip from downtown Vancouver, otherwise hit Kirin. Across the street is a big shopping mall full of Chinese stores, something you see all over Hong Kong. If you lived in Southern California give those locations a try.