We love Xiao Long Bao (XLB) aka Shanghai Steamed Soup Dumplings and have eaten all over the world seeking the best. Are you a Xiao Long Bao addict too? Read on.

What the heck is a real authentic Xiao Long Bao Soup Dumplings?

In late 2014 we made a pilgramage to a branch of Fu Chun in Shanghai, China (富春) – Dianping listing all branches of this authentic old school xiaolongbao restaurant. Modern day Xiao Long Bao should really be called Nanjing tangbao with the thinner skin and lots of soup.  The real dumpling deal at Fu Chun was meatier with a leaner filling, thicker skinned, and possessed not much soup. This restaurant has several locations in Shanghai, be sure to visit one when you are in Shanghai. Any real XLB enthusiast needs to understand what authentic XLB is.

Jia Jia Tang Bao is the popular favorite in Shanghai. Most foodies when asked, have this restaurant at the top or near the top of the list. 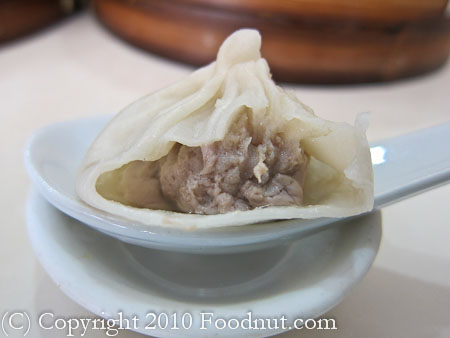 Known by many as the reference XiaoLongBao in Shanghai.  Not as consistent as Din Tai Fung, but still top notch dumplings.

Fu Chun as we mentioned earlier, is one of the old school authentic dumpling houses. 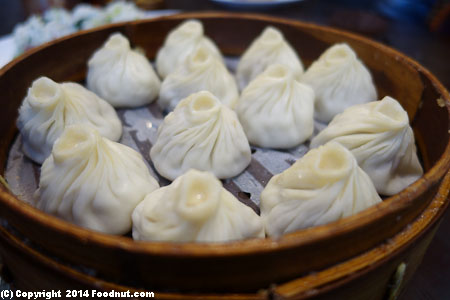 Xiao Long Bao (Y8 for 6) these are what we flew half way around the world for. You can clearly see that they are not as small and delicate as the ones at Din Tai Fung. A lot more wrapper. Very hot broth with bold, tasty flavors. A huge meatball with also a lot of flavor. Less sweet and a tall doughy top when compared to other places. These are cooked after you order.

This is the real deal. We cannot say that these are better or worse than the other places we’ve been, all we can say is that we now understand what authentic XLB are. Any card-carrying foodie should visit this restaurant.

Din Tai Fung, Bellvue, WA  was one of the first US outposts of the venerable Taiwanese dumpling chain. 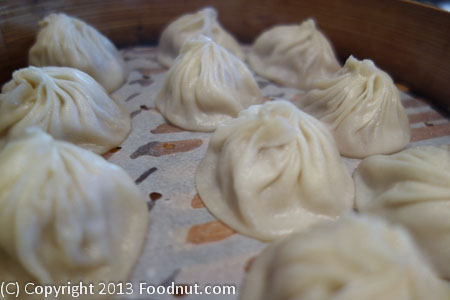 Seattle is the lucky home to several Din Tai Fung restaurants. They offer 85% of their Asian sister restaurants quality in our opinion. Their truffle dumplings did not pop with flavor like the ones in Taiwan. Their sister locations in Southern California have similar quality dumplings.

Din Tai Fung, Arcadia, CA is one of several dumpling locations in Southern California. They are forced to use metal steamers due to health rules. 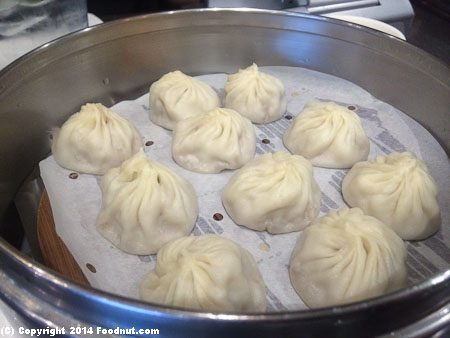 Serves up very good Xiao Long Bao, but not as superior as Taiwan or Shanghai.

We have found a couple restaurants with solid Xiao Long Bao in San Francisco. Here are some of the best bets:

Din Tai Fung, San Jose opened in May 2016 to 6 hour waits.  OK, this is not SF, but the Silicon Valley. We tried the dumpling in the the first week and found them very good but not up to the standards set by their Taiwan locations. Stickier skin, less soup, less robust broth, even though they transported chefs from other locations, even as far as Taiwan! Service was stellar, a refreshing change from most Chinese restaurant. Still probably the best in San Francisco.

Yank Sing, San Francisco is a great dim sum lunch restaurant for newcomers to the cuisine.  They have an accessible cart system and excellent services.  Prices are very high and quality is not the best.

Shanghai Kurobuta Pork Dumpling ($14 for 6) was pretty expensive, yet a dish everyone gets. They are constantly refilling the cart with fresh batches of these. Nicely done but somewhat bland soup inside along with a fairly thin wrapper. Their minced Kurobuta Pork has a strong unbalanced flavor to it. Surprisingly, this is one of the better versions in the San Francisco Bay Area and probably best in San Francisco.

Crazy Expensive, at >$2 a bite but stellar. Lots of soup and a tender wrapper. Not as good as Din Tai Fung.

Little Shanghai, San Mateo is a hole in the wall but has some of the best Shanghai food in the SF area.  Very good dumplings too.

Shanghai Dumpling Shop, Millbrae has solid dumplings but alas not many other notable dishes. 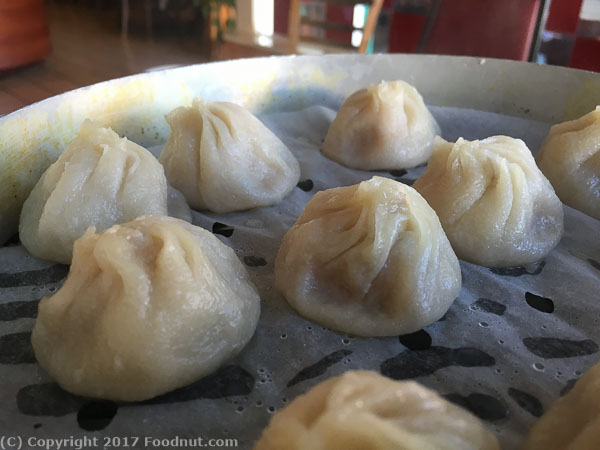 American super sized but with decent soup inside. We have to go outside San Francisco to find these bad boys.

Shanghai Dumpling King, San Francisco is famous in San Francisco, but is woefully inconsistent and not as good as the other places mentioned above.

Super Sized but filled with soup and still very tasty. Not authentic.

Inner Sunset district neighborhood restaurant serves up some mean dumplings.  Not as good as Din Tai Fung, but acceptable if you do not to drive South.

It is hard to believe that we found the best Xiao Long Bao, in Taiwan at a chain restaurant. Others have suggested this was the case, so we are not surprised.  Their Truffle and Pork XiaoLongBao are to die for. Taiwanese black pig is used here, something not available in the US.

Yes there is a big difference between Din Tai Fung in the US and Taiwan. They claim they are the same around the world, but we beg to differ.

Have you found a better Xiao Long Bao Steamed dumpling restaurant? Do tell! 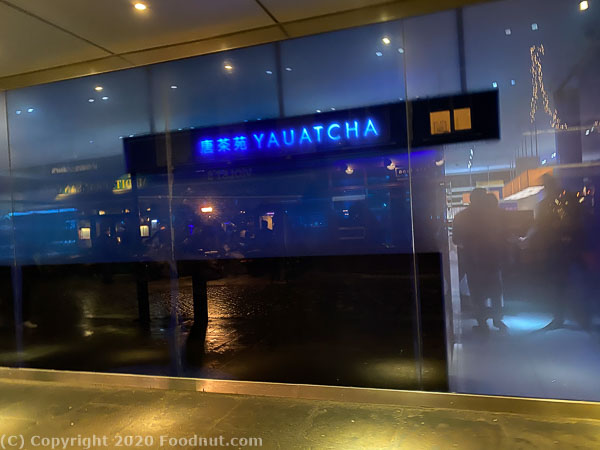