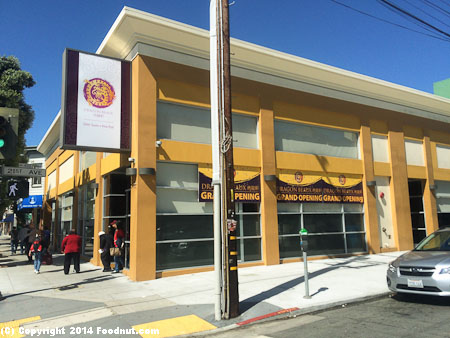 Why did we dine here? – Dragon Beaux is a new restaurant from the folks who run our favorite Chinese restaurant, Koi Palace. This location is in the Outer Richmond district and focuses on Dim Sum during lunch and Hot Pot/Cantonese food at dinner.  We came here when it first opened in 2015, and recently returned in the Spring of 2019.

Be sure to read: 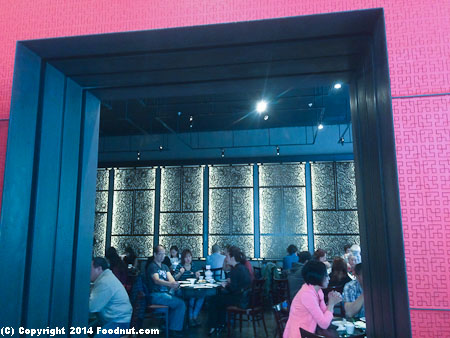 Decor is modern Chinese with some gaudy ornaments and modern touches.

The dim sum menu is fairly concise and include some modern dishes inspired by trips to Hong Kong. This definitely shows.

Insider Tip – Reservations during lunch are a must on the weekend.

Service – Dragon Beaux was better than many Chinese restaurants. People are roaming around more frequently than other places.

Verdict – Dragon Beaux hits the mark with many modern takes on classics. They retain some classic items on their menu, that their sister restaurant specializes in. We feel the quality is a touch lower than Koi Palace, but still very good. All in all this is a great place to go for dim sum in the City.  HL Peninsula is also better.

The dim sum in Hong Kong is still on another planet, check out some of our reviews.

Is this restaurant worth a 5 minute drive? Yes. 30 minute? Maybe. 1 Hour? Maybe.

Dragon Beaux’s Menu is much different than Koi Palace’s at lunch. Dim sum list includes many with interesting touches. It reminds us of menus from top notch HL Peninsula. Lots of noodle dishes too. 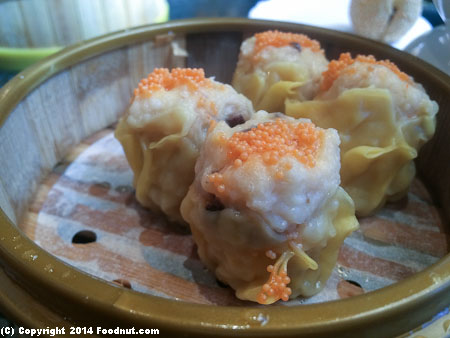 Crab Roe Shu Mai ($4.68) is a classic with a nice crunch from the roe topping.

Spinach Beef Shu Mai ($2.98) is a cool looking derivative. Almost like a meatball wrapped in a little spinach. 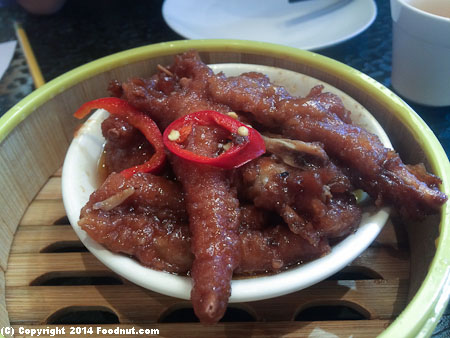 BBQ Chicken Paw ($4.68) is another staple that is done just right. 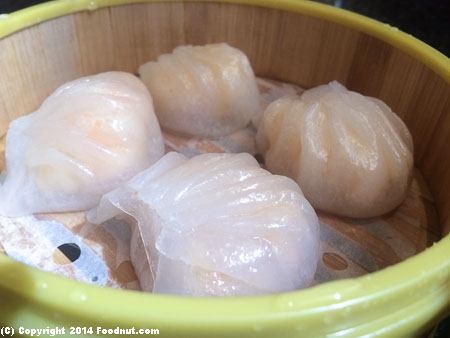 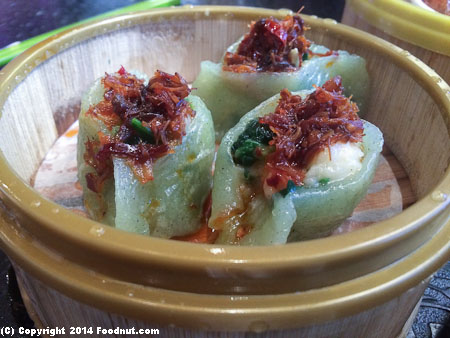 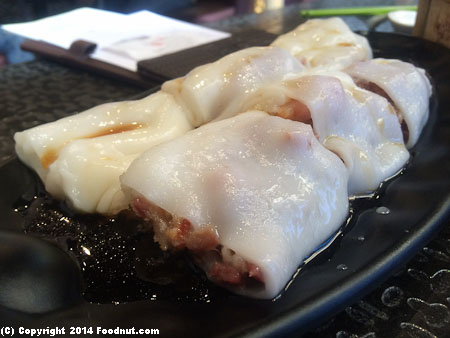 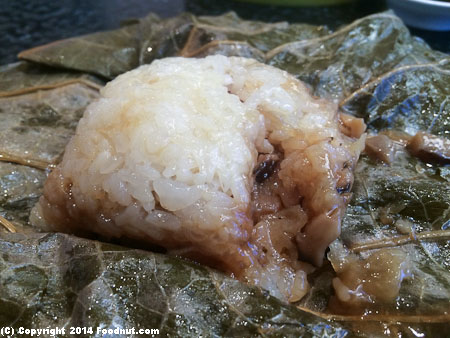 Abalone, Chicken sticky rice in Lotus Leaf ($7.75) was a bit better than the usual version. The abalone was small but a welcome effort. 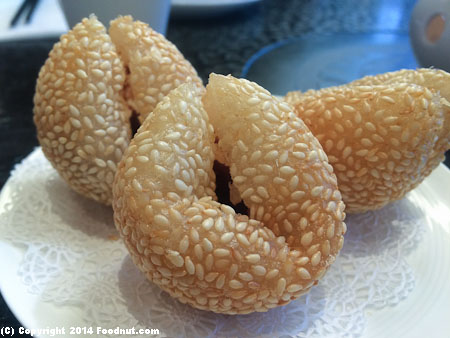 Sesame Balls ($2.98) were pretty average, but satisfying. Places like Champagne seafood have fresh out of fryer versions. They ran out on our visit in 2019.

Goji Berry Osmanthus Coconut Jelly Cake ($3.75) was a decent dessert. Not too sweet, not too herbal. 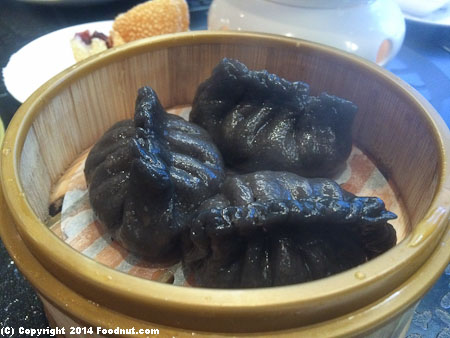 Squid Ink Dumplings ($5.68) was a chao zhao dumpling with a black wrapper. Nothing special. 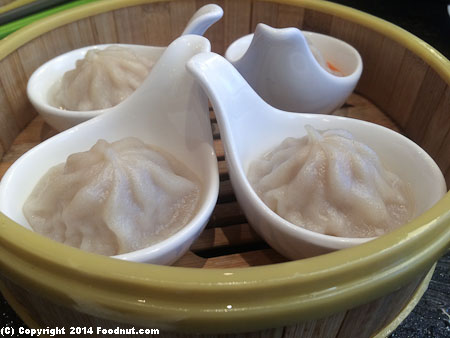 Juicy Dumplings ($5.68) is their version of Xiao Long Bao or Shanghai steamed dumplings. They cheat by placing them on serving dishes along with a carrot on the bottom. Flavor was subdued and meat was a bit large. Yank Sing has the best in the City, Din Tai Fung is better in Santa Clara.

Five Guys Xia Long Bao ($10.88) has 5 different colored ones.  More of a try one time gimmick if you ask us.  The porcelain holder get so hot, it is really hard to eat them. 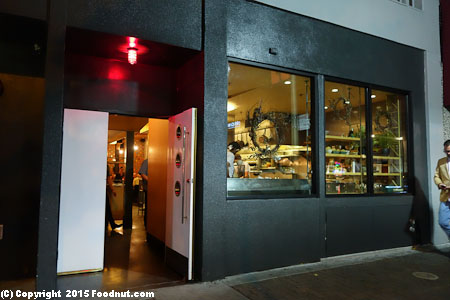