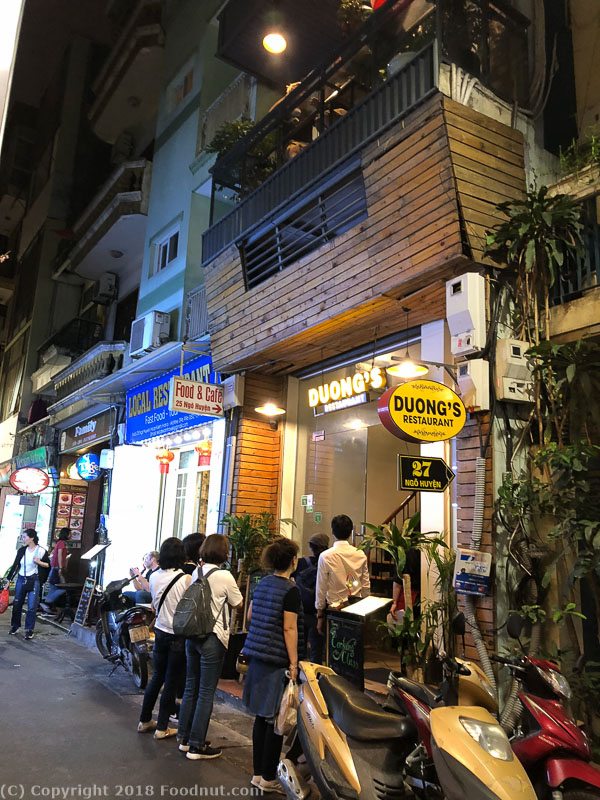 Rated 5 on Trip Advisor over 1000 reviews

Duong’s is one of the highest rated restaurants in Hanoi, Vietnam on TripAdvisor. They also run a cooking school here. Initially we hesitated to eat here, but looking at the reviews and pictures, we decided to give it a try and were thankful we did. You can book online or call them, as they speak English just fine. Kenny G lite jazz filled the rooms.

The chef, Hoang Duong, has been on Top Chef Vietnam and Ironchef Vietnam. He also runs Duongs 2 Restaurant. The food consists of classic Vietnamese dishes along with some more typical International fare.

The food was far better than expected. Plating was very decorative, while food quality hit the mark. A great place for those intimidated by street food, to try the top signature dishes of Hanoi in comfortable surroundings. Ice here appears to be fine.

Menu:
The menu is pretty wide ranging with lots of vegetarian options. We focus on the signature dishes the waiter recommended. Prices are very fair for a high end restaurant in Hanoi. We would easily pay 2x – 3x for this level of food in San Francisco. Duong’s also has a set prix fixe menu that we would steer clear of.

Service:
The waiter and waitress helped us navigate the menu and order. The service was far better than we expected, with the server coming back often enough that we did not have to hail him.

Traditional Spring rolls with Pork and shrimp (100k) was delicate, light and airy, not very meaty. Cool layout. Much more refined compared to ones in the US. Included 2 types of fish sauce dipping sauce. 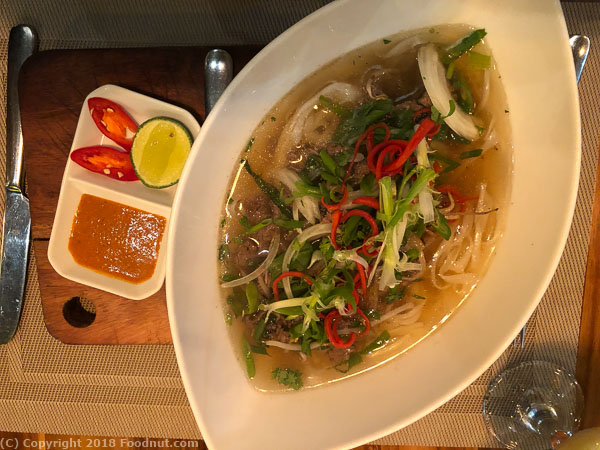 Traditional Pho Bo (110k) was a chance to try their version of the classic noodle soup. They also serve a Chicken or Seafood version. Their broth is poured table side. Fresh lime and chilis accompany this dish. No bean sprouts are given in Northern Vietnam. The broth was more hearty than most we had here, but not as meaty as US versions. Slight star anise hint. We asked for more broth later on. The dish was full of noodles, greens, onions, and other elements, much more so than most other places.

BBQ Pork in Nuon Mam Dressing – Bun Cha Ha Noi (180k) was a classic dish that we wanted to try in this fancier restaurant. Ground pork was cooked on lemongrass skewers and then added to the broth. The broth was heavy with fish sauce essence, but also had elements of sugar and garlic. Vermicelli rice noodles were to be added by us as well as leafs including mint and lettuce. Put all these elements together and you have a great dish. Very different from Bun Cha in the USA.

Traditional Grilled Fish (240k) – La Vong’s style was also a fun and tasty dish. Great presentation. The fish came on a tabletop grill, pre cut up into chunks. The waiter showed us how to wrap the fish, veggies in thin rice paper along condiments.

Black Sticky rice in coconut cream (95k) was not what we expected but the dessert still worked out. The rice, coconut milk, and yogurt (odd) were in a bowl that was to be mixed together and eaten. Not too sweet. The coconut ice cream was on the side.

Would we come back – Yes 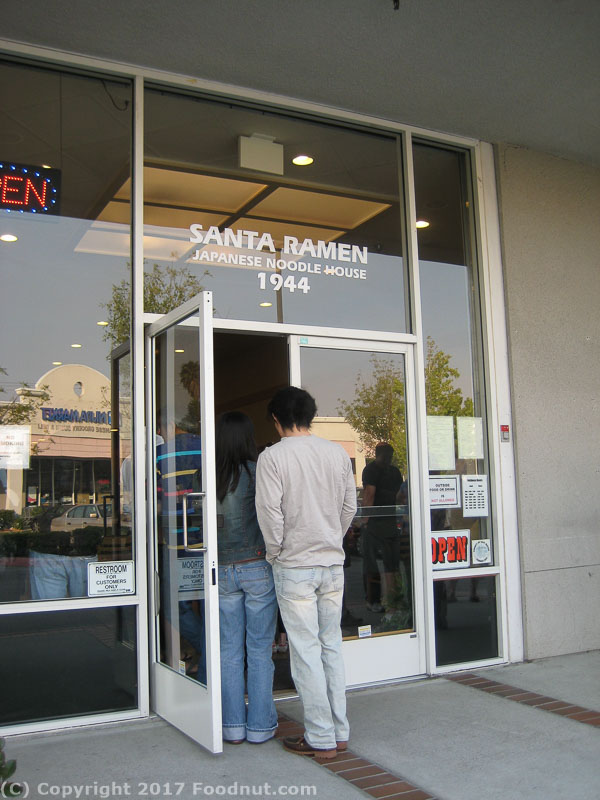