Jang Su Jang is a popular Korean restaurant in Santa Clara, located on El Camino Real, home to many Korean businesses. We decided to give it a try having seen many reviews on the restaurant, in addition to personal recommendations. 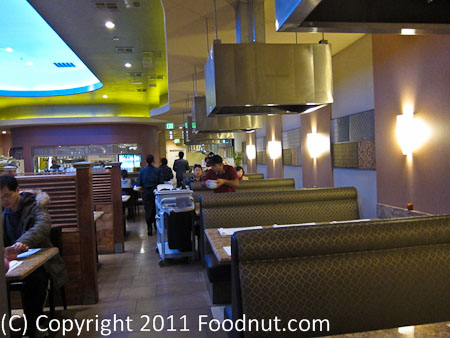 Verdict – We found the decor very nice, unusual for many Asian restaurants in this area. The food was actually only slightly above average and not particularly special, and expensive. Service was drop and go, but recovered late in the game. Jang Su Jang is very popular, so make sure you make reservations. We like nearby Tobang or Chungdam better than this place.
Pyung Chang in Oakland, remains our current reference point for Korean restaurants. Southern California is home to far better Korean restaurants.

Eight different versions of Panchan including Chop Chay noodles was a nice touch.

Dolsot Bibimbab ($10.99) is A stone pot base version that gives you a nice crusty rice. Nice fresh ingredients make this dish work, although the Rice could have been hotter. 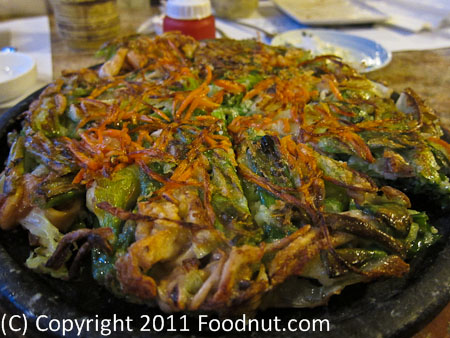 Haemul Pajeon ($13.99) or seafood pancake was chock full of crispiness, calamari, carrots, fish, and vegetables. One of the better dishes of the night.

LA Galbi ($15.99) was average but a little lacking on quantity and flavors. 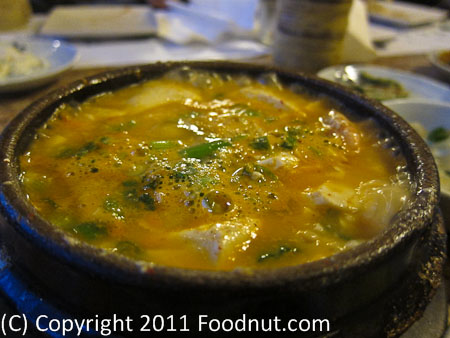 Seafood and beef Soon Tofu ($9.99) was solid but not special, mild on the spicy barometer, nice egg on top and two whole shrimp.

Pans: (We would not reorder these dishes)
Chicken teriyaki ($12.99) was pretty average and should only be ordered in a Japanese restaurant.