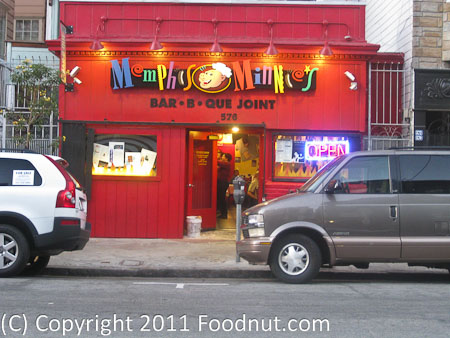 Memphis Minnie’s is one of the best barbecue places in San Francisco. It is located in the colorful lower Haight district. They specialize in slowly smoking meats from 4 to 18 hours over white oak logs. Memphis Minnie’s prides themselves in cooking items from scratch. They have BBQ plates, sandwiches, burgers, and even catfish. Our last visit was in April 2013.

Decor, Vibe – Memphis Minnie’s has lots of pig paraphernalia on the walls, pretty basic tables with spools of paper towels and jugs of barbecue sauce. Mostly locals in their 20’s and 30’s were eating.

Memphis Minnie’s has all your traditional pit smoked meat plates, along with sandwiches, a couple starters, classic side dishes, and a couple desserts. They also serve imported Sake. They also sell meat by the pound and do catering.

On our last visit we got the St Louis Style Smoked Pork ribs with this combo.  They also stood out for a nice crust and smokey flavor. 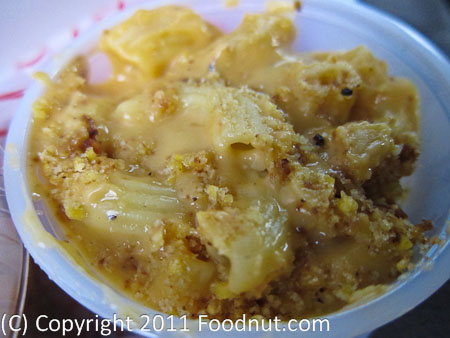 Our sides included a top-notch Minne’s macaroni and cheese which included top-notch pasta and thick cheese. Memphis Minnie’s corn muffin is very good and features a lot of honey flavor.

Two way Combo ($14.95) with St. Louis style smoked pork ribs and Texas Big Beef Ribs. We preferred the pork ribs, they were tender and flavorful even without sauce. The beef ribs were big but a little dry.

Our 2 sides were Deep South Sweet Potatoes and Pit Smoked Beans. The Sweet Potatoes were not too sweet and very smooth, which was just fine. The smoked beans have two types of beans and some chunks of meat, making this a rich delicious side.

We ordered food to go one-time, and it came pretty quickly. Memphis Minnie’s food is a cut above places like Armadillo Willy’s. This is a great place to go for BBQ in San Francisco. Also check out Bo’s barbecue and Everett and Jones in the East Bay, and Mack’s Smoked barbecue on the Peninsula. Be sure to check out Legendary Sausage Palace Rosamunde Sausage Grill across the street from Memphis Minnie’s. 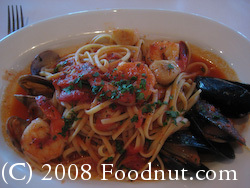