Mack’s Smoked Barbecue – BBQ opened in 2008 and is located in suburban San Carlos. This barbecue restaurant moved to the other end of Laurel Street in 2010. Mack’s specializes in North Carolina style BBQ sandwiches and Ribs. Meat is cooked in a smoker for 12-14 hours. Our last visit was in September 2011.

Decor, Vibe – Mack’s Smoked Barbecue is a small non descript location with a handful of tables outside and more inside. Locals were coming by for a quick lunch.

Mack’s has limited options with sandwiches, meat dishes, and combos. They serve fried chicken on Tuesdays and Catfish on Thursday.

Combo #3 – 3 ribs and one meat with one side and cornbread ($12.99) We chose their beef brisket and had mac & cheese and baked beans as sides. The ribs were solid with very tender meat possessing lots of smoke essence but were on the small side. The brisket was a huge mound of tender and flaky beef that had been smoked all night and splashed with their BBQ sauce. Their barbecue sauce has gotten more sweet and zesty since our last visit, almost to the point of being spicy.

Ron’s Special ($16.99) 3 ribs, brisket, hotlink, Sm side, cornbread was ordered with Baked Beans.  The hotlink is long and pretty spicy. A firm wrapper and good meat was found inside. On another visit we got tri-tip with this combo and found the thin slices of tender meat excellent.

Pulled Pork ($6.49) House Special had a huge amount of meat. Tender pork with lots of smoke flavor. Good BBQ sauce, not too sweet or spicy. Baked Beans ($1.99) were very good. Fairly sweet, lots of flavoring ingredients like bacon inside.

Kids Combo ($5.99) 2 ribs + 6 oz Mac-n-Cheese & cornbread had 2 decent sized ribs. Flavor was ok and tenderness was ok, but not spectacular. Meat did not fall off the bone. Mac and Cheese had quality pasta and cheese, better than average.

Mack’s Smoked Barbecue – BBQ is a small family owned place with decent friendly service. It is one of the better BBQ places on the San Francisco Peninsula serving up some very good brisket and ribs. We would have to rank it right up there with San Francisco’s Memphis Minne’s. They have many more options, better ribs, and also sell meat by the pound. Kid’s Menu available. 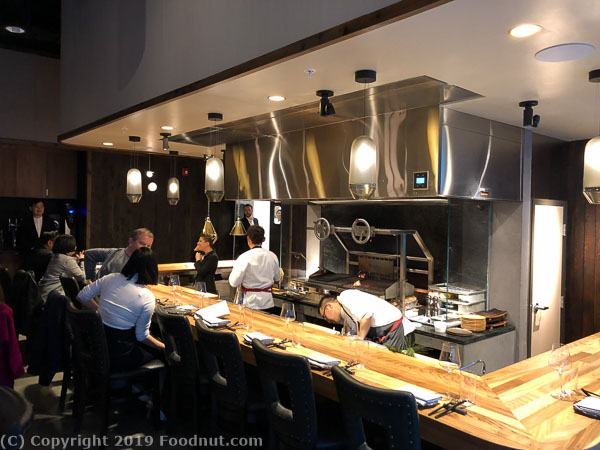