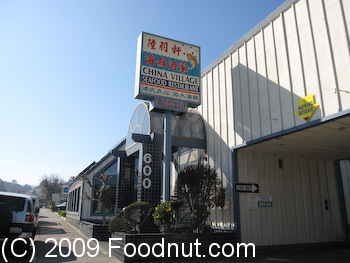 China Village Seafood Restaurant is a Chinese restaurant in Belmont, California just off the Highway 101 Ralston Exit. They have been around since 1996, serving dim sum during both lunch and dinner, as well as standard Cantonese Chinese cuisine.

Dim sum costs more at dinner, presumably because it is freshly warmed up. We visited for a dim sum lunch and dinner. They use carts and servers to dish out their dim sum. Some stuff (hardcore Chinese dishes) keeps going round and round. They had 59 types of dim sum on their menu. Our last visit was in 2018 for dim sum lunch

Do not confuse this restaurant with the spicy China Village in Albany. 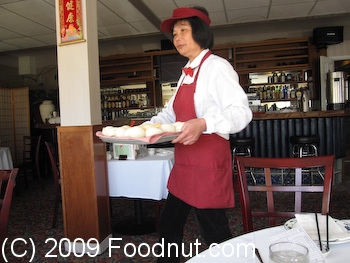 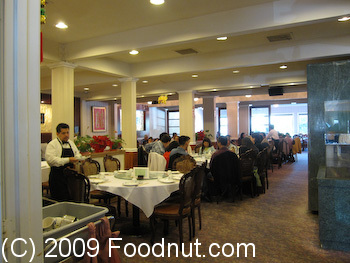 Decor, Vibe – China Village Seafood Restaurant is a small step up from typical Chinese restaurant decor. Lots of families and couples of all ages were dining. A nice mix of races.

The menu is pretty extensive for such a small restaurant. The servers all speak English, so no worries for those that do not speak Chinese. 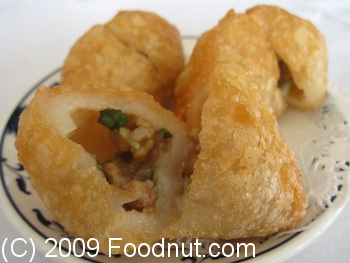 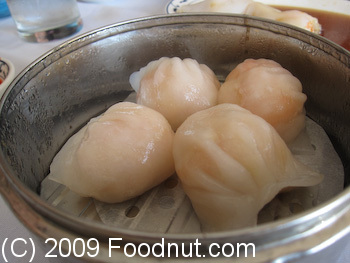 Steamed prawn dumpling or har gow ($3.95) had 4 large dumplings filled with very good shrimp. One of the better ones around. Wrapper was a bit thick.

Steam rice crepe with shrimp ($3.95) also had large pieces of shrimp inside. Sauce was a little sweet, but this dish was above average. 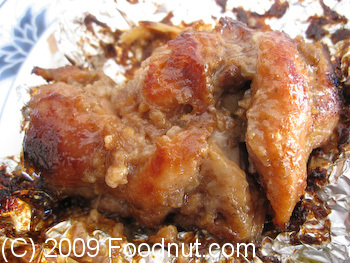 Steamed spare rib with black bean sauce ($2.50) was average. A little on the greasy side. 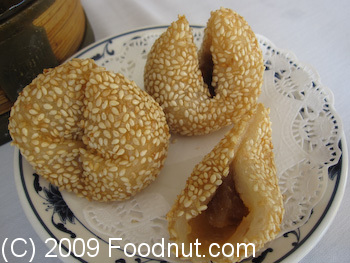 Deep fried sesame ball ($2.50) was not hot out of the fryer. It was of average quality.

Steamed Meat Dumpling “Shanghai Style” ($5.50) was lukewarm but did have soup.  Don’t order these here. You can try Din Tai Fung in Santa Clara. 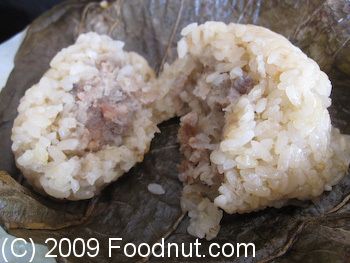 Sticky Rice and chicken in lotus leaf ($3.95) consisted of 2 large pieces. Lots of rice, not a lot of filling. Filling was not very good.

Fresh Abalone ($4.95 each) was a special deal at dinner. This aggressively priced dish was pretty good, with a simple steamed shallots and green onion preparation. Tender abalone, that is a must order. They removed this special.

Fresh live lobster ($9.95) was also a special deal at dinner. Also a must get dish, with some delectable lobster, prepared just right with scallions and Ginger. No more special deal for now.

Soup of the day ($10) was a long boiled gourd soup with pork and carrots. They were nice enough to provide a plate with all the soup meat and vegetables. A solid version of a classic Cantonese soup. Not as good as the ones at Koi Palace or The Kitchen.

Fook Kin and fried Rice ($13) was also a solid rendition, not as good as Asian Pearl Peninsula, but surprisingly decent. Fried Rice with salted fish & chicken ($11.95) was fairly good also.

Pea shoots with garlic where a bit overdone and showed how well a place like Koi Palace cooks them.

Free dessert soup if you ask for it at dinner time. 4 different types to select from, a rarity around here. They’ve got a free Chinese egg dessert otherwise.

China Village Seafood Restaurant had one person in charge of the front area during lunch that we were in and he made sure every table was served well. No lack of tea here. Food came around fairly often during lunch. They charge $1 per person for tea. During dinner, the friendly servers provided very good service, and a nice change of pace from most Chinese restaurants. When the place is busy, service deteriorates.

This restaurant serves solid and inexpensive dim sum in sleepy Belmont. Not as good as say Asian Pearl Peninsula in Millbrae, but still surprisingly decent Chinese food and one of the best between Palo Alto and San Mateo.