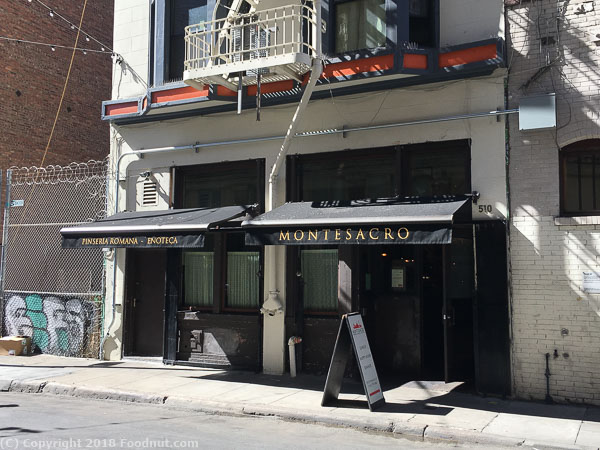 Why did we dine here? – Montesacro is a hidden Italian gem, located in an alley right off a hardcore scary block of 6th Street in downtown San Francisco. The name comes from a neighborhood in Roma. We were tipped off about this place from a friend. Gianluca Legrottaglie, who runs nearby 54 Mint, opened this stylish restaurant, that transports you back to Rome, in 2015. 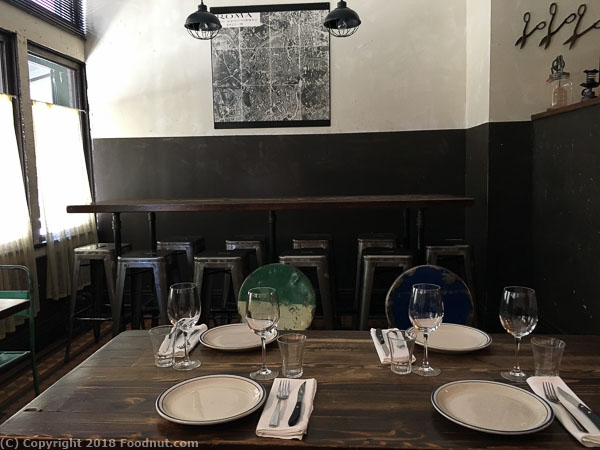 Pinsa’s are a flatbread that was once prepared by peasants living outside the imperial walls during the Roman empire.
Montesacro is the first “Pinseria” in the United States. It presents a modern take on Pinsa that is made with a blend of rice,
soy and wheat flour imported directly from Rome, All GMO-free.

Insider Tip – Enter from 7th street, walking down Stevenson. Check out the bathroom

Service – Montesacro had friendly service that was adequate. They did forget to tell us about dessert.
Verdict – Montesacro will transport you back to Rome. A hidden restaurant, that while not cheap, has decent food and is pretty cool.

Montesacro’s Menu has many Antipasti starters, many types of cheese, and a wide variety of Pinsas. Panini’s are available at lunch time.

Carpaccio ($15) Cured Beef Bresaola, Wild Baby Arugula, Mushroom, Parmigiano Reggiano, Lemon and Olio was a good appetizer to have before the Pinsa’s. Lots of thinly sliced meat and arugula. 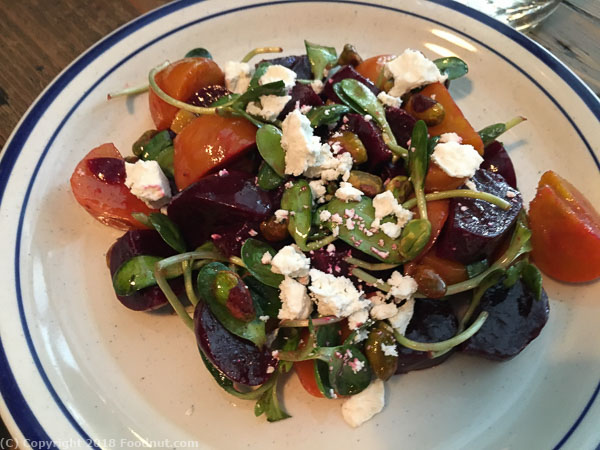 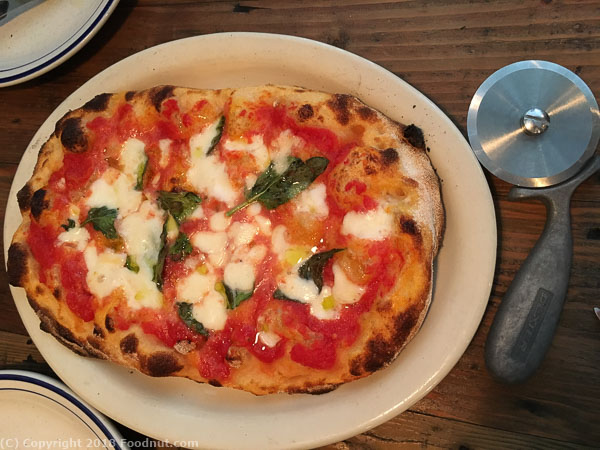 Margherita Pinsa ($15) – Mozzarella, Tomato, Basil is one of our favorite pizzas, but this is different with a thicker crust and oval shape. You eat it Italian style, by cutting it with a knife and fork. They could have been more liberal with the cheese.

Maranella Pinsa ($21) – Mozzarella, Broccolini, Spicy Pork Sausage, Stracciatella di Burrata was okay but a big on the spicy side. The dollups of cheese made it hard to portion out the cheese.