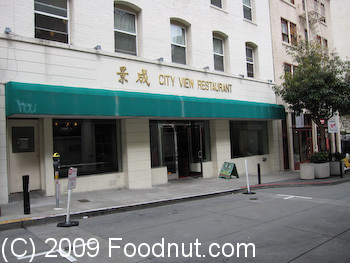 City View Restaurant is a Chinese dim sum restaurant near San Francisco’s Financial district and Chinatown. that only serves lunch. It is located in an alley, so few people happen to pass by it. They do not lists prices on their menu, but their prices are far lower than well known Yank Sing’s. They use the old school dim sum cart and server system. Their dim sum selection is limited. Our last visit was in the middle of 2011.

Be sure to read our Introduction to Chinese Dim Sum

Decor, Vibe – Modern clean decor with a super long beautiful painting on the wall. About 75% non Asians were dining. People of all ages, tourists, familes, friend get togethers. 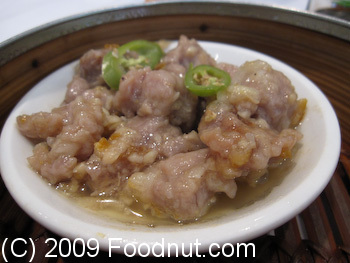 Black Bean Spare Ribs ($3) did not have any black beans but was tasty. A little spicy with the green jalapaneos. 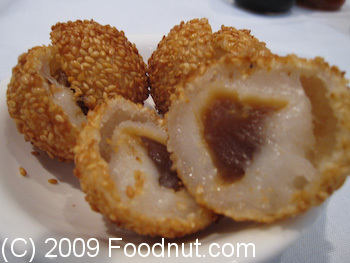 Sesame Ball ($3) were 3 little balls filled with very sweet filling. The crust was unusual, super crispy and flaky, but the inside was pretty thick and doughy. 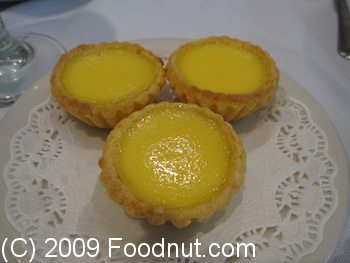 Shrimp Dumpling or Har Gow ($4) were 3 delicate and nicely done shrimp balls filled with fresh shrimp and a thin wrapper.

Chao Zhao dumplings ($4) were large, filled with fresh ingredients, and above average. 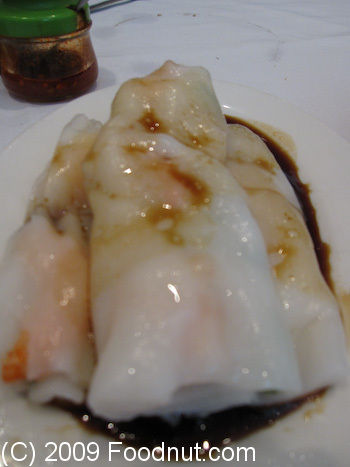 Shrimp Rice Noodle Roll ($4) was a good version of the classic dim sum dish. Very fresh shrimp and not too greasy. 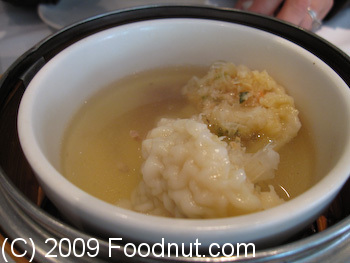 Seafood Dumpling ($5) with pea shoots and shrimp had very fresh and well cooked greens along with fresh shrimp.

Chicken feet ($3) were also a solid version of the classic cartilage filled dish. 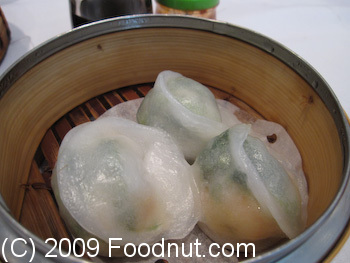 Pan Fried Chive Dumpling ($4) were 3 decent tasting dumplings. Nothing special about their version. 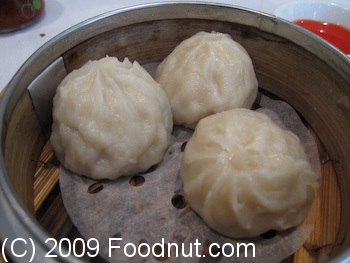 Xiao Lung Bao or dumplings ($4) were 3 small dumpling that tasted good but did not have any soup inside! Another case of Cantonese Chinese trying to cook a Shanghainese dish.

City View Restaurant had decent service with courteous staff. You can get food faster than a fast food joint as we sat down and 2 minutes later had a table full of items.

Prices are reasonable for a upper mid range Chinese restaurant, and the place is clean and modern, making it a good place for dim sum especially for newbies. It is probably the best dim sum in San Francisco’s Chinatown along with Great Eastern. You can find cheaper dim sum but the quality and service will not be as high. Head to Koi Palace in Daly City for the better stuff and a bigger selection.