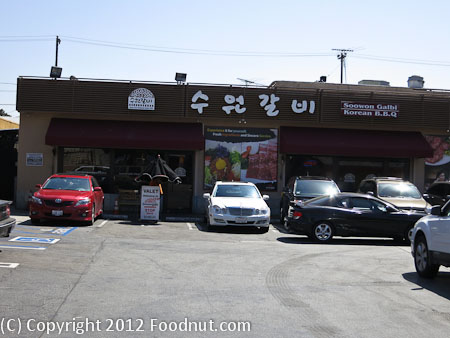 Why did we dine here? – Soowon Galbi is a popular Korean restaurant in LA and one of the highest rated on Yelp at 4.5 stars. It is located right in the heart of Korea town, in a nondescript strip mall. LA is renown for some of the best Korean food in the US, so we had to give this restaurant a visit. We had previously dined at Genwa Korean in Los Angeles and wanted to see how this place compared.

Service – Soowon had okay service, we had to flag the guy down to get many things done though. They actually forgot one dish.
Verdict – Soowon Galbi was very good but in our minds, not as good as our previous Korean meal at Genwa. This place is still superior to most Korean restaurants in the San Francisco Bay Area.

They even have mouthwash in the bathroom. A first for us!

Soowon’s Menu is pretty wide ranging with all the usual Korean dishes.

Soo Won Wang Galbi ($27.99) house specialty. Large beef short ribs in signature marinade. We let them cook it our table. Thickly cut meat, a solid marinade, and lots of quantity. Very good but not awesome because it possessed less flavor than other places.

Chadol Gui ($17.99) Thinly sliced beef brisket was very thin and cooked fast. Non marinated so we had to use the various dips. A decent dish, although we preferred a marinated meat. 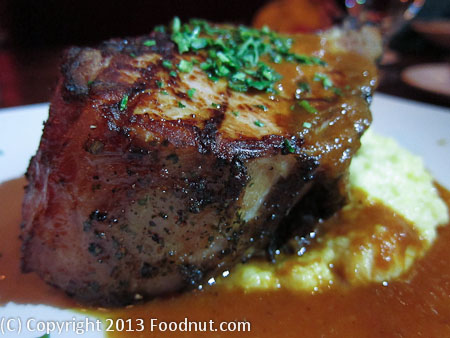