They are coming to Northern California in 2017! (Perhaps Santa Clara?)

Why did we dine here? – Baekjeong (butcher in Korean) is a extremely popular Korean restaurant run a flamboyant former wrestler, Kang Ho Dong. (There is a huge cardboard cutout picture of him by the front door)

The Yelp reviews (4.5 stars) were excellent for this Seoul-based chain, and the place has gotten a lot of press. (L.A. Times calls it Korean BBQ at its basic best) L.A. is home to a huge Koreatown with food far superior than the San Francisco Bay Area. We make an effort to have at least one Korean meal during our Southern California trips.

On our last visit on 2016, we dined at their Orange County location in Buena Park. Food quality was about the same.  This restaurant is in a new Asian strip mall with 95o C, Daiso, Hmart and several other cool stores. 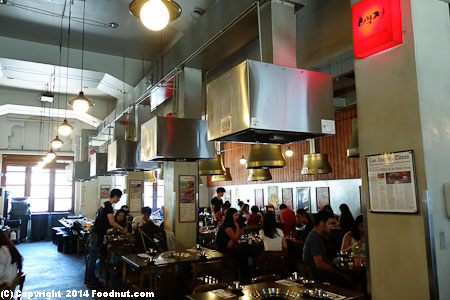 Baekjeong is situated in a slightly run down high ceiling room, which gives it an underground feeling.

Insider Tip – The lines are a lot shorter during lunch. No reservations.

Service – Baekjeong had reasonable service. We did have to hail them several times, but service is far better than most Korean restaurants.
Verdict – Baekjeong impressed us and fulfilled our need for a superior Korean meal. We highly recommend this cool place with solid Korean BBQ. Other L.A. Korean restaurants we’ve tried include:

Baekjeong’s Menu has many ala carte Beef and Pork options along with some stews. Several Combo dishes make it easier to order.

In Buena Park, they shorted us a couple items including the kimchi soup that our neighbor had, so we had to ask to get everything.

Just like in authentic Korean restaurants, the waiter cooks for you over charcoal logs. You just kick back and watch. They even cook the egg and cheese corn right to the side of the meat.

Beef combo ($47.99 for small) thinly sliced brisket was very thin and required some of the special sauce to bring out flavors.

Marinated Galbi or short rib was so good that we ordered a second order. ($34.99) tender, juicy, and cooked perfectly. Make sure the server cooks the bone and pulls the tendon meat off.

Seasoned prime boneless short rib ($35.99) is a sweeter version that we like even better.  It comes a bit watery and messy when raw but cooked up to  mean marinated chunks.

Premium Seared Pork Belly ($21.99) is unlike most slices of fatty meat.  This is actually pretty lean.  Really nice flavors and not too greasy. Highly recommended.

Prime ribeye ($35.99) hit the spot with its high quality meat and liberal quantities. (Two 8oz portions) The waiter cooked it just right and cut it up for us.

Kimchee stew was good, but the meat is why everybody is here. 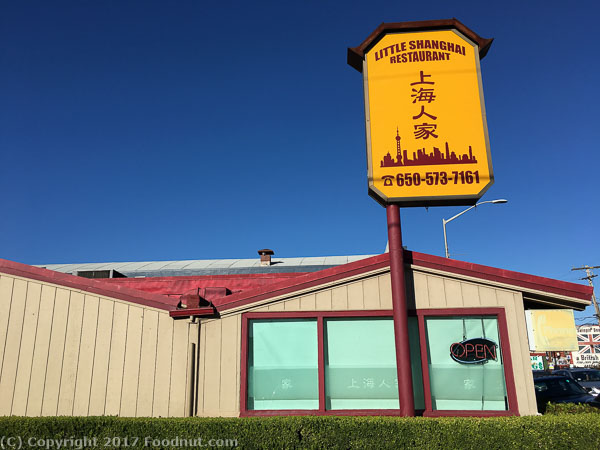