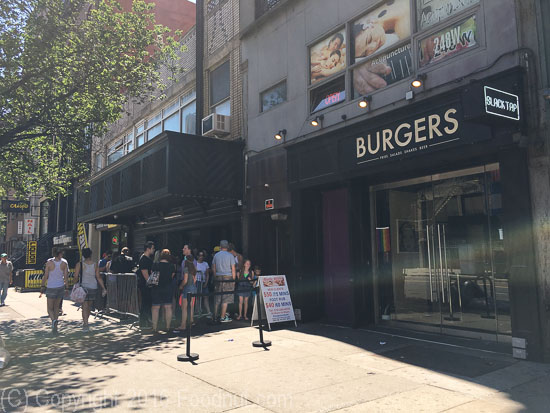 Why did we dine here? – The Best Milk shakes of course! Black Tap has rocked the social media world with huge shakes covered with all sorts of crazy candies, cookies. It was definitely on our must hit NYC list. This restaurant is notorious for waits up to 3 hours, something we did not look forward to. 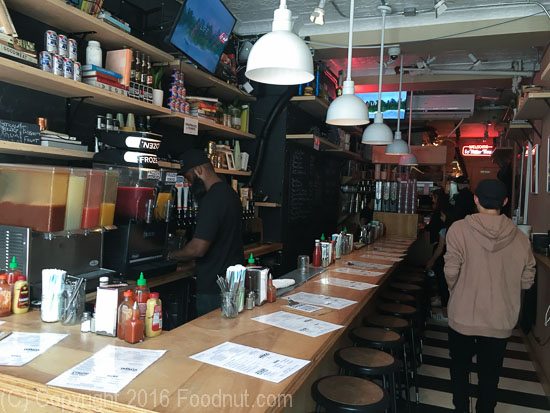 We lined up 1 hour before they opened and were seated in the first round of guests. Dining her later in the day is an iffy move, resulting in very long waits. The Meatpacking location is far bigger than the Soho one, so go there. We have dined at both locations and found the food consistent.

In 2017 they added 2 more locations. We dined at the 2 week old Lower East Side location in the Summer and found it had no line.

Insider Tip – Line up 60 minutes before they open. Order a burger and shake.

Service – Black Tap had decent service with fun waiters who helped everyone get in the mood. They offered helpful advice.
Verdict – Yes, Black Tap serves up outrageous shakes, but their burgers are equally fantastic. Hard to belive that even the Turkey Salad was good. We liked it enough to go back again and wait another hour! That says it all.

Black Tap’s Menu includes a variety of burgers and salad, in addition to the crazy shakes. They change their shake creation every couple days. 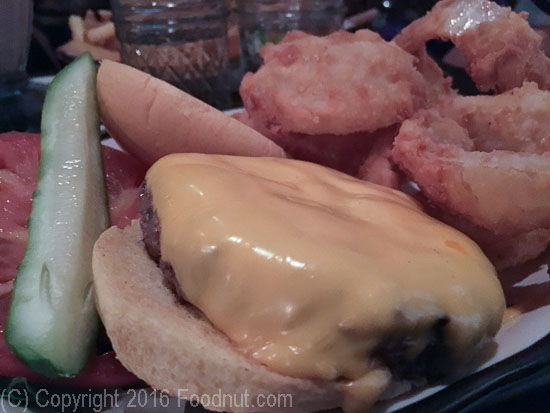 The All-American Burger ($14) lettuce, tomato, pickles, american cheese & special sauce – Wow this is a good burger. Everyone comes here for the shakes, but the burger is pretty darn good. Black Tap uses Pat LaFrieda Meats. They even won New York City Wine & Food Festival‘s much-beloved Burger Bash contest in 2015. Do not just order a shake, get a burger too. The fries hit the mark also.

Lamb Burger ($17) Grass fed lamb burger with Swiss cheese, house-made pickles & buttermilk dill was an interesting move away from beef. Still good, but we’d stick with the All American.

Onion Rings ($5) here are fantastic. Massive rings battered up the wazoo. $2 upcharge from Fries on a burger. 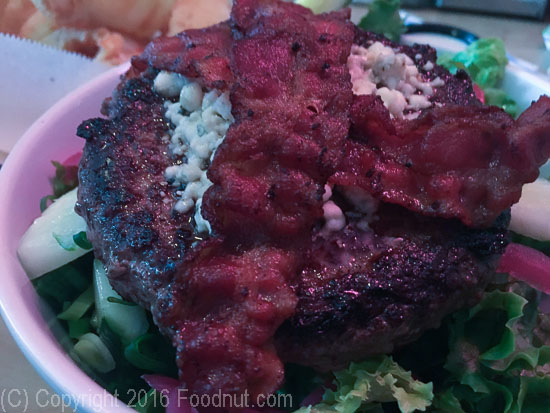 The Kobe Burger Salad ($18) wagyu beef burger, bacon, blue cheese, tomato & scallion is another wow, mainly for the fantastic thick patty. Salad greens were fine, but the meat stood out.

On to the main event: 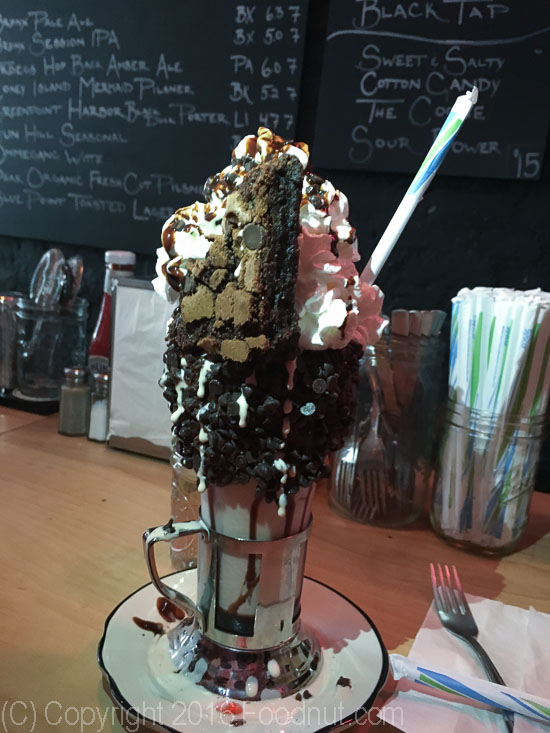 Brooklyn Blackout ($15) Chocolate Shake with Chocolate frosted rim, Chocolate Brownies, Whipped cream and chocolate syrup was a special shake being offered. It was not as impressive as Cotton Candy, but the shake itself hit the mark.

Cookies N Cream Supreme ($15) has oreo’s and a big ice cream sandwich latched onto it.  Another fun shake although we’d reorder the Cotton Candy instead. 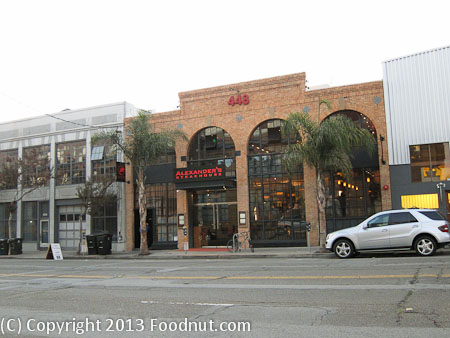