Why did we dine here? – Kani Kosen was recommended by a friend. This is a old school, little known sleeper restaurant located in a strip mall off the main drag. No one would find this place unless they knew about it. They specialize in fresh fish and sushi.

Insider Tip – Make a reservation, come during the week when the fish is fresher.

Service – Kani Kosen is run by a Japanese couple. The wife is very warm and friendly. She knows the regulars by first name. Many have been coming for years. Her husband is the chef. He can only produce so much, so expect long lag times.
Verdict – Kani Kosen is a surprisingly good sushi restaurant in the middle of nowhere. If you like sushi and happen to be nearby, definitely give this place a try.

Kani Kosen’s Menu has all the classic Japanese American dishes along with lots of fresh fish that varies from day to day. 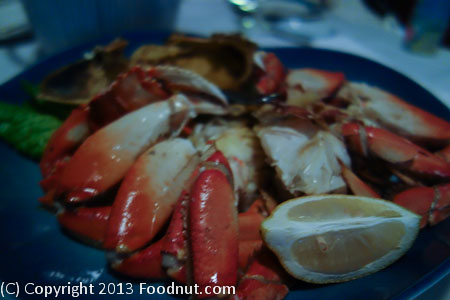 Dungeness Cracked Crab (market price) broiled, is one of their namesake dishes. They do it well, assuming you are ready to get messy. 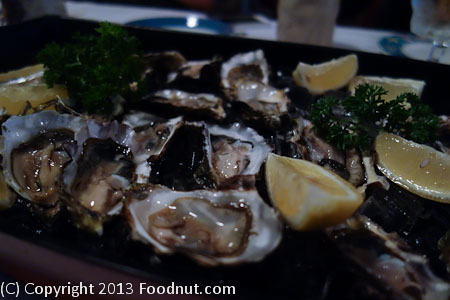 Oysters on the half shell ($14.95 to $16.95) for a half dozen is very pricey. They came with Ponzu sauce and were fresh. They brag that they do not shuck the oysters until you order them. They were all the same variety, which made it a little boring. 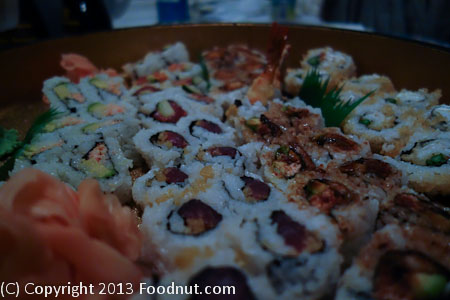 Sushi Moriawase Deluxe ($25.95) had a nice assortment of different rolls. They were all carefully made and included fresh fish. The waitress emphasized the fact that they do not use frozen fish nor they do they use vacuumed packed fish. Their California roll did have some mayo, but used real crab. 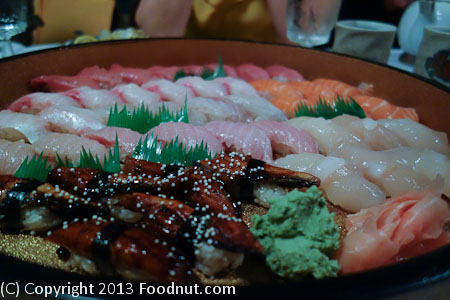 Assorted Nigiri sushi included Toro, Maguro, Hamachi, fresh scallop, and several others. This is where they shine. Frankly you can save money by not ordering anything else. The fish is very fresh and of high quality. Prices are not cheap here, but the chef clearly takes pride in his fish carving. They use good quality rice and vinegar.

Pans: (We would not reorder these dishes)
Ribeye steak was expensive and nothing special. A prime cut from Costco is far better. Their salad is pretty basic.

Chicken Teriyaki was also forgettable. Stick to the sushi.