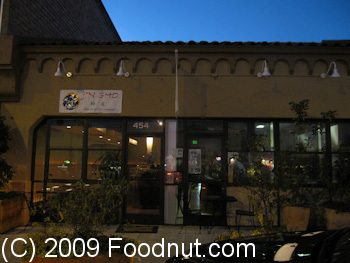 Jin Sho Restaurant is a ‘Executive-Class’ Japanese restaurant run by 2 chefs formerly of Nobu in New York, Noriomi Kaneko and Ichiro Takahashi. They bought several dishes with them from their past experiences. It opened in late 2007 and is located in Palo Alto’s California street shopping district right off of El Camino Real. They serve everything from classic sushi rolls, sashimi, omakase, to more western entrees. 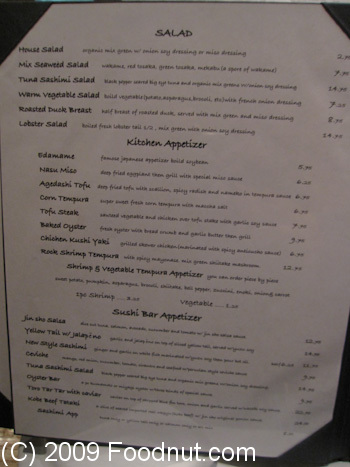 Grilled Chicken Anticucho had five pieces of chicken marinated in a very spicy and sour sauce. Wow was it strong. This usually comes on a skewer.

Shrimp and sliced scallop with tomato teriyaki sauce with some fried onions. Two small shrimp that very well textured and cooked. Two small scallops that were ok.
California roll used with real crab and was a solid rendition. 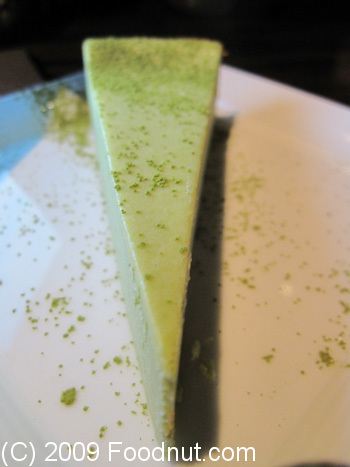 Grilled Miso Marinated Black Cod ($21.75) Broiled Alaskan Black Cod marinated in special miso sauce for 3 days is their signature dish. Two very good sized pieces of cod with a size of tempura yams, broccoli, and picked plums. The fish was cooked well but was not as nice as the original version we had at Nobu.

Jin Sho Restaurant had inexperienced service initially as they sent a new server out without enough training. Later, other people filled in to help improve the service and help with refilling, etc. Jin Sho reminds us of Barracuda in Burlingame, a fancy Japanese place trying to inject a little style and priced to match. The food is good but prices are slightly higher that we would like to see.

If you want to try this place and save money, come during lunch. Limited wine selection from $6 glass, $25 a bottle. Many sakes selections available. Other restaurants we have reviewed  nearby include The Counter, Bistro Elan, and The Oaxacan Kitchen. 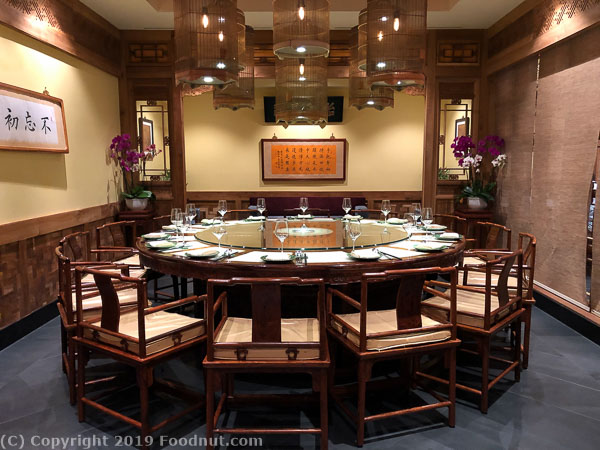