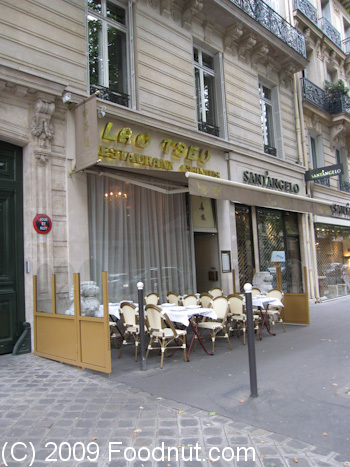 Lao Tseu, which means Old Master in Chinese, is a Restaurant Chinois or Chinese restaurant in Paris’s 7th right on busy Saint Germain Boulevard. We were looking for some non French cuisine to vary things a little bit.

Decor, Vibe – Several tables on the sidewalk and 3 floors inside with an elegant dark wood Chinese theme, nice Buddha decoration. Mostly middle aged non Asians, many regulars, some tourists, were dining in this crowded establishment.

Poulet (12€) – Sweet and sour chicken had a good sauce, lots of pineapple and bell peppers. It was a small dish though. 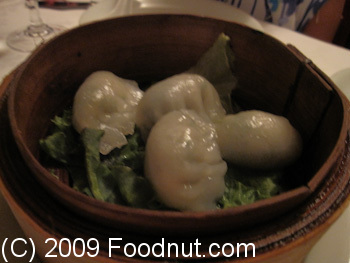 Potage piqant a la pekinoise (6€) – Hot and Sour Soup with egg drop was an average version. Thick dark broth without much complexity. They even overcharged us by 1€ on this. 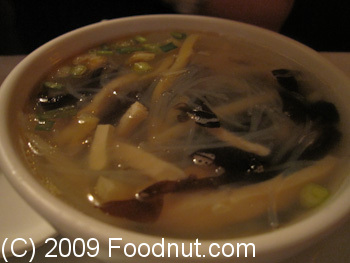 Canard roti a la Catonaise (12) – Roast duck was thinly sliced in a French style, not Cantonese. The quality and taste were average. 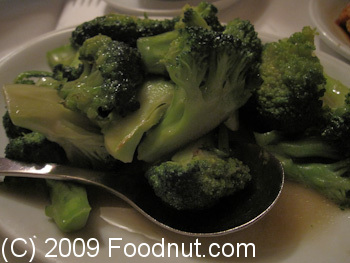 Lao Tseu had very good friendly service initially then faded off as the place filled up. The food was decent but not exceptional. Food was authentic for the most part, but included some French influence. This is a good place to go for those seeking reasonably priced Chinese food. It is much more affordable than the other Chinese restaurant we tried, Chez Vong. No way these restaurants can compare to better Chinese places the US. They speak English, French, and Chinese. English translations are on the menu. 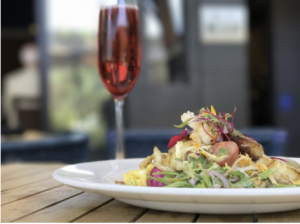