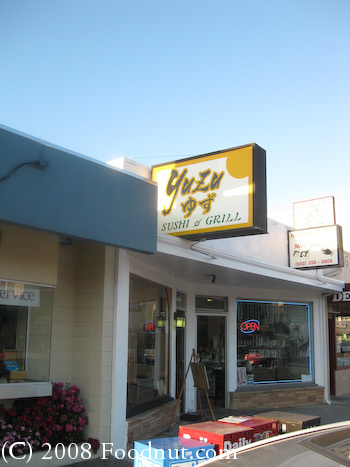 Yuzu Sushi and Grill is located in a sleepy shopping district in San Mateo across from the former location of Alhana foods. It is a sister restaurant to Burlingame’s well respected and Michelin Bib Gourmand Sakae Sushi. We decided to try it to see if it was a lower cost but similar quality version of Sakae Sushi. Sakae Sushi has lots of exotic seafood air freighted in from Japan. Our last visit was in April 2014.

It is a small restaurant, so you may need to reserve a table during peak times.

Decor, Vibe – Yuzu is a small place with a sushi bar and 10 small tables. Mostly locals eating along with some families. Either you live nearby or you know about this restaurant. 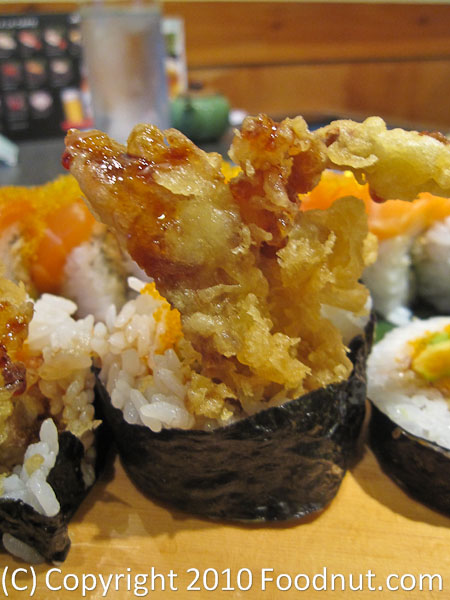 Spider Roll ($9) had 2 pieces with deep fried crab protruding out, and the rest carefully chopped up. Perfect contrast of crunchy crab, chewy rice, and avocado bursts. Lightly battered without egg.

Hitsumamusi – Stone Bowl Seafood crispy rice with seaweed tea broth ($24) was an on the wall special that sounded good. It came from the kitchen bubbling hot with several types of fish including anchovies and salmon, squid, and hot charred rice on the sides. It was served and scooped into little bowls table side by the waitress. The remaining portion had bland seaweed bonito broth poured on top of it. A large dish enough for 1.5 people.

Chef’s Choice Sushi ($36) with Amaebi Miso Soup was 12 pieces of Today’s Best Fish or what the Sushi Chef feels like! Huge pieces of fresh seafood on top of small bits of rice. The opposite of many places. Salmon, Amaebi, Mackeral, Tuna, Squid, Uni, and more very fresh and well cut fish.

Steamed Scallop Sunomono ($6.50) had cooked fresh scallops with cucumbers and seaweed in a vinegar sauce. Very good dish with a balance between the scallops and the tartness of the sauce.

Udon Noodle Soup ($10.95) came with lots of hot udon, seaweed, tempura shrimp, mushrooms, and good quality chicken. One of the best udon versions in the SF Bay Area. In late 2009, we found the Udon served in a much smaller metal pot. The dish includes California roll with real crab and mayo for $14.

Tempura Udon ($14) became the only way to get Udon in 2014. It included a nice assortment of tempura shrimp and vegetables.

Beef Tongue Stew ($10.95) had lots of thinly sliced tender beef in a tomato based sauce. Very nicely done.  Be sure to have rice to really enjoy this dish. Fried onion string topping. On another visit, this dish wasn’t available till approximately 7pm.

Grilled Beef Tongue with kabocha squash tempura ($12.95) was another special. Thinly sliced tongue, cooked perfectly. It was so well done, most folks would mistake it for a small piece of beef.

Stone Bowl Unagi Donburi ($16) was served in a large hot stone bowl. Lots of unagi and cooked sweet egg.  Nice crispy edge to the rice, similar to Korean rice dishes.  It takes about 20 minutes to arrive though.

Chicken Teriyaki Dinner ($15) was decent, but order it only if you are allergic to fish. 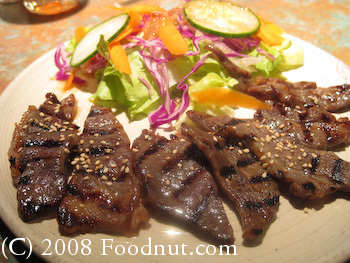 Miso Marinated Beef Short Ribs ($9.50) were marginal. Flavor was heavy on the miso and not particularly unique. Meat was chewy and lukewarm. Pretty pedestrian side salad.

Ebi ($3.50) had a limp old shrimp and marginal rice. No wasabi. Surprising!

Yuzu’s service was good in 2008, 2010, 2014 but we once had a bad server in late 2009. The waitresses are Japanese and speak with heavy accents. They pretty much have to defer to the chef on ingredient questions. The food was very good and cheaper than their sister restaurant Sakae Sushi. If you want high quality Japanese food at reasonable prices, definitely check out this place. Best bet at Yuzu is Omakase or Trust the chef. Diners will come for the good stuff, not mainstream Japanese food like California roll. This is a sleeper place that not many know about.

If it exists: Best deal time to go is for Happy Hour. On one visit they had $1 Fresh oyster and shrimp tempura. Tues-Thurs 530-7pm.

The Buffet at The Wynn Review, Las Vegas 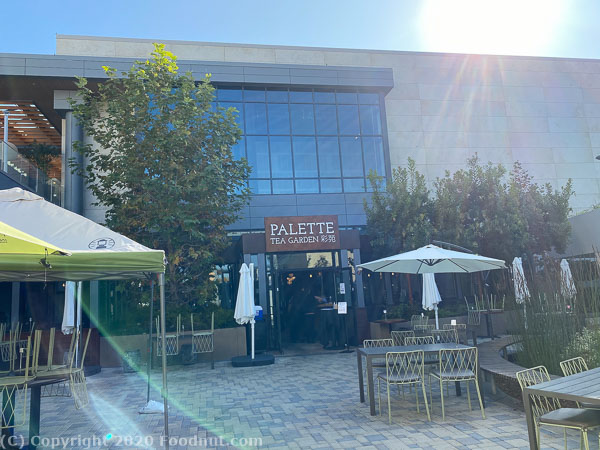