Why did we dine here? – Pho Ao Sen is renowned to be one of the best Vietnamese Noodle houses in the San Francisco Bay Area. We finally got a chance to visit them as we were passing through the East Bay. Last visit was in summer 2014.

Service – Pho Ao Sen had bad service, we had to wait awhile to order and had to struggle to get the bill.
Verdict – Pho Ao Sen serves up some of the best Pho in the Bay Area. Give it a try, the prices are very reasonable. Checkout Tamarine in Palo Alto for some really good Pho.

Pho Ao Sen’s Menu has a wide variet of items from Pho to Rice Plates to appetizers. 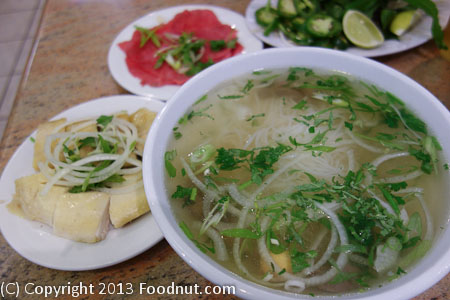 Pho Ga- Chicken Noodle Soup ($6.75) Rice noodle served with our long-simmered chicken broth and tender shredded chicken accompanied with house blended ginger sauce – another rich bowl of broth and noodles. It was interesting that the chicken was served on the side for you to dunk. We ordered some rare steak ($2) which was a nice added touch.

Thach Che ($3.25) Agar Dessert drink was fun with its multiple pieces of dessert. They did add a little too much ice to the drink.

OK: (Order if you like this dish)
Che Thai – Thai dessert drink 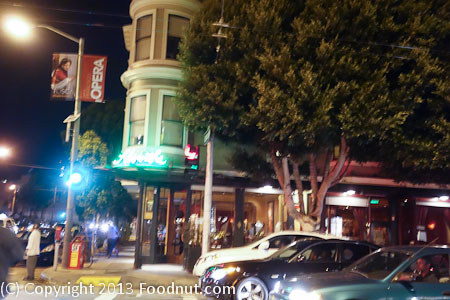