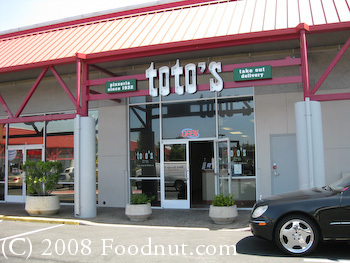 Since 1932 Toto’s has been serving ‘authentic’ Neapolitan pizza. They have restaurant locations in San Bruno and Belmont. The Belmont location is an order and sit type restaurant with no table service. They have a to-go only facility in San Mateo that we also dined at. Toto’s uses Baker’s Pride pizza ovens. 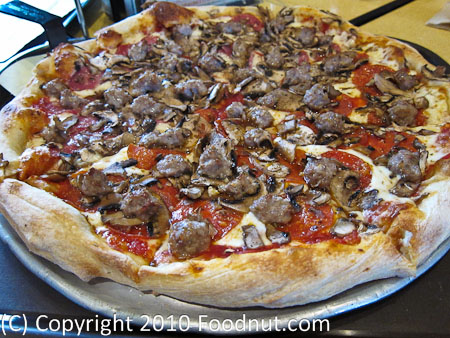 Pizza a la Toto’s No 2 with Salami, mushrooms, and sausage ($18 Small) – had some zesty sausage balls and some average salami. We had Pizza a la Toto’s No 4 on the other half with Salami, pepperoni, and sausage which had a similar taste to the other half. The crust on this was good on the edge ranging to soft in the middle. Also on the greasy side.

It wasn’t soggy at all, no surprise considering we watched them make it and they kept check the middle ever so often. Our our last visit to the Belmont location, the pizza’s center was a bit wet but not too soggy. The pizza had plenty of toppings but had a good amount of grease up top. A good solid pizza, not the best in the world, but very good. 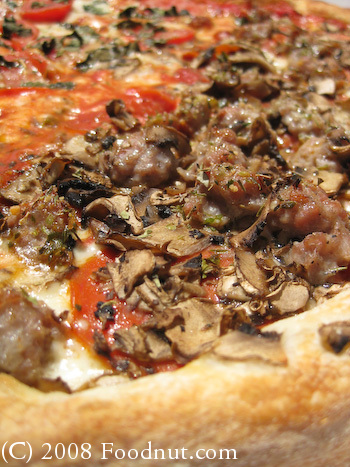 Half Toto’s No.3 – Half Margherita Pizza

Pizza a la Toto’s No 3 with pepperoni, mushrooms, and sausage ($18 Small) – Has a good even crunch crust, even in the middle.  The Margherita side made up the other half. Average cheese quality and dough quality. 20 minute cooking time. 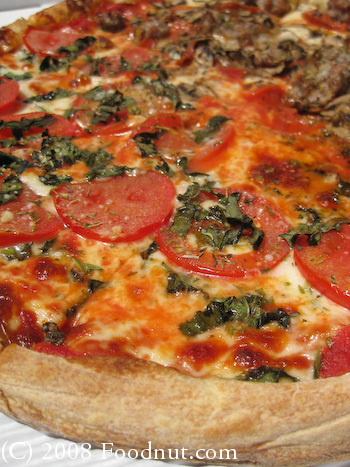 Margherita Pizza ($14 small) – Same crust as normal pizza, just a couple tomatoes that didn’t see too delicious. This pizza needs to be thinner too. Fresh tomatoes and basil but was not of artisan quality like pizza at Gialina. The versions at Delfina and A16 are far better. Stick to the regular pizza unless you are vegetarian and have to eat here with a carnivore.

Toto’s produced some solid thin crust ‘regular’ pizza. It was better than a lot of other places, but not amazing like the deep dish Chicago style at Zachary’s in the East Bay, or artisan thin crust at A16 and Pizzeria Delfina in San Francisco. Another good thin crust place to try is Speederia Pizzeria in San Carlos. Delivery is available with $10 minimum.