Plum Restaurant by Daniel Patterson, of Coi and Il Cane Rosso fame, has opened a more casual restaurant in Oakland’s revived Uptown district. This restaurant is situated right next door to Bakesale Betty’s, and kitty corner from Ozumo and Pican. The focus is on organic, local, seasonal, and pastured meats. They serve lunch and dinner, our review was for lunch. 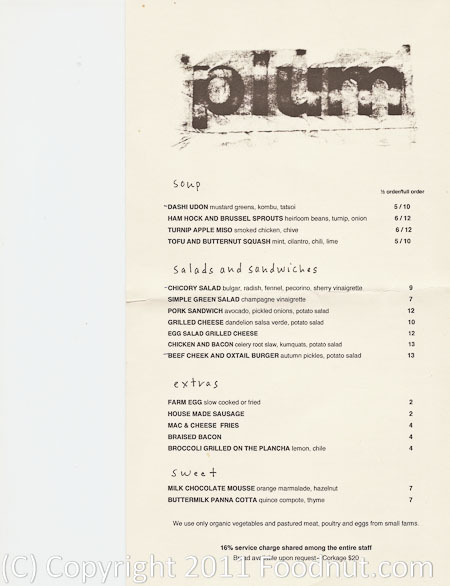 Menu is heavily vegetable-based, just like Coi. Snacks, appetizers, and a couple entrée’s during dinner. Soups, salads, and sandwiches during lunch.

Dashi udon, mustard greens, kombu, tatsoi ($5, half order) had a strongly flavored broth with bold fish flavors, and some thin firm noodles. This noodle soup was pretty large for half an order, and was topped with some small mustard greens.

Tofu and butternut squash soup, mint, cilantro, chili, lime ($5, half order) was a fusion of a Thai-like soup with thin ribbons of squash and tofu. A weird combination but it worked fine for us. Also a pretty big bowl for this price.

Pork sandwich, avocado, pickled onions, potato salad ($12) on grilled Acme bread was a very good but messy sandwich filled with chunks of pork and vinegary onions. Sized well for lunch, combined with a half order of soup would make this a hearty meal. The potato salad had chunks of potatoes with a light egg-based dressing. 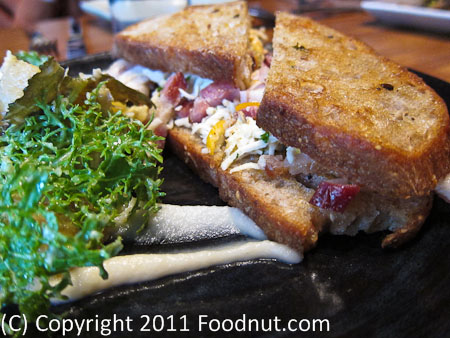 Chicken and bacon sandwich ($13) celery root slaw, kumquats, potato salad was decent but the weakest of our sandwiches. Same awesome bread, chunks of chicken along with some bacon bits and slaw.

Beef cheek and oxtail burger ($13) Autumn pickles, potato salad was another excellent sandwich a.k.a. burger with some tender meat formed into a pseudo-patty. Again this was pretty messy but was well worth it. 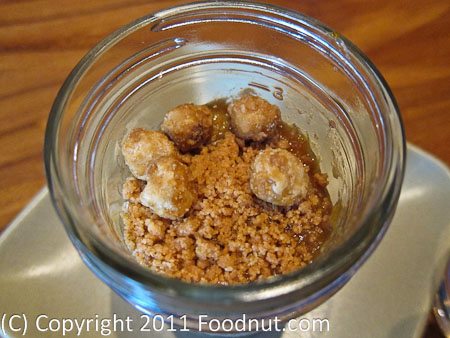 Milk chocolate mousse ($7) was an excellent egg-less dessert housed inside a ball jar. Creamy, rich, and smooth mousse topped off with some orange marmalade accent and crispy bites of hazelnut.

Service – Plum Restaurant had reasonable service with a pretty laid-back waiter who was slightly overloaded. He helped us with ordering and the usual, but needed to be prodded to refill water several times.

Value – Prices are in line with restaurants of this caliber. Lunch is much more affordable than plum’s dinner.

Alternatives – Nearby restaurants include Flora, Ozumo, and Pican.

Verdict – Plum Restaurant served up very good and inventive contemporary American food in a modern environment. We have no problems recommending this restaurant for lunch and would love to come back for dinner.
16% service charge shared among the entire staff. Mostly International wine list with high markup, glasses from $6, bottles from $25, $20 corkage. What happened to local wine? 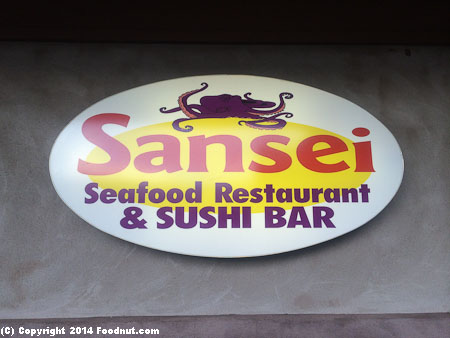