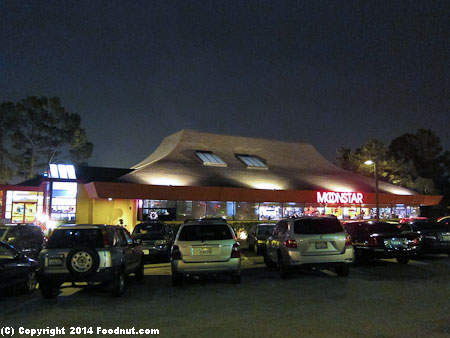 Moonstar is a higher end Asian Buffet in Daly City, a short distance from the Serramonte shopping center, and almost next door to Chinese food Mecca, Koi Palace.  They used to have a location in San Francisco, but it closed years ago.

Todai pioneered the idea of charging more and serving sushi, sashimi, etc a couple years back, but Moonstar took the idea to a higher level. Many buffet restaurants have come and gone, like Hokkaido of Foster City, but this place soldiers on. Our last visit was in the middle of 2019.

Note that they now do not want people taking pictures or video. Lots of secrets? Pretty Lame in this era.

We like coming to Moonstar because the quality of most of the items is high.  Moonstar Buffet, Daly City price: You can pay up to $29.88 for dinner on Friday, Saturday, or Sunday – holidays, but in return you get a wide selection of sashimi, crab legs, noodles, salads, Chinese cooked food, charcoal grilled items, roast duck, etc… The dessert selection is solid too!  Five kinds of pudding, cakes, chocolate fountain, several kinds of Crystal ice cream, all sorts of puddings, jello, etc..

15% service charge for parties of 6 or more.

There were some changes on our most recent visit to Moonstar.

When you come in on your birthday with 1 guest you receive 50% OFF of one meal for yourself. When you bring 5 more guests you receive one FREE MEAL for yourself with Photo and cake. Must have proof of birthdate. 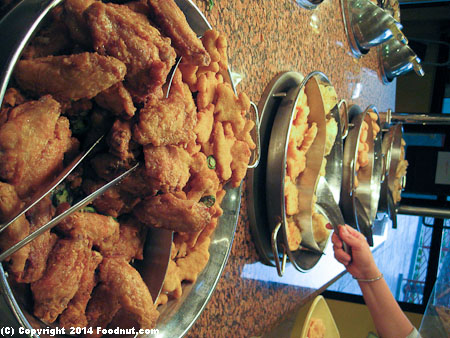 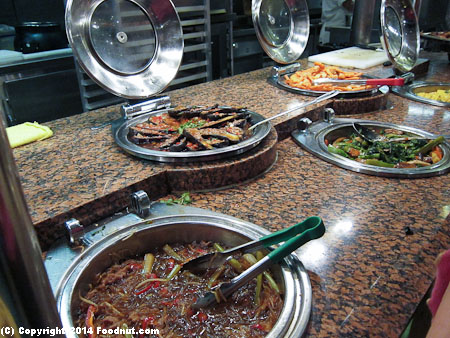 Custom made cooked to order Jook and Noodles at their noodle bar. Egg noodles, flat Rice noodles, udon, jook aka congee, wontons. Add-ons include chicken, crab, seafood, 1000 year-old eggs, Chinese donuts, green onions, minced pork.  You have to wait in line for it to be made.

Our favorite items include:

Roast Duck – Some of the best around.  Decent Roast Pork with crispy skin too. Very surprising.

Grilled items, most on a stick sometimes! Pork Skewer – Another surprisingly delicious item with lots of flavor. Be sure to return to this area as the selection changes.  We have encountered pork ribs, sausage, chicken wings, corn on the cob, potatoes, pork skewers, stuffed tomatoes, quail, really good baked yams, under-cooked mushrooms, tomatoes, potato skins with bacon, Filipino longiso sausage and grilled mackerel.

A cooked to order thin ribeye steak, Salmon Steak, Lamb Chop, or Escolar Steak was added in 2013. Decent quality. 2 items per visit to the grill. Order the rib eye and ask to have it done medium rare. 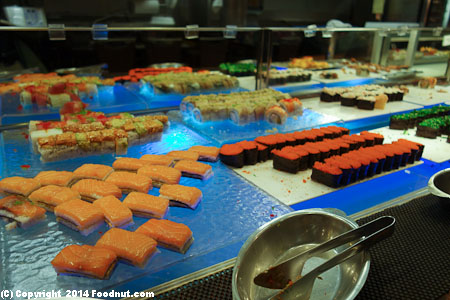 Sashimi – Not tier one quality, probably frozen, but edible raw fish. A hungry guy can do some major damage here. You’ll find tilipia, albacore, tuna, and Salmon sashimi. They also have 10 kinds of sushi rolls, and tempura shrimp. 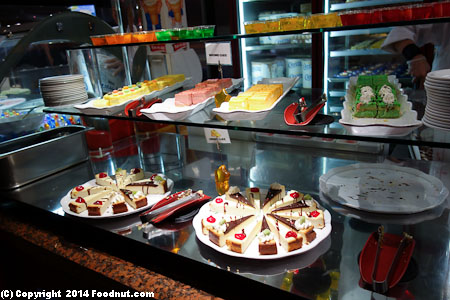 In 2017 had to order crepes were added back at dinner time.

Chocolate Fountain – Hit it before the kids fill it with crap. Moonstar uses a pretty sweet and pedestrian  chocolate. They finally posted a sign teaching people how to use this beast with strawberries, marshmallows, and Rice Crispy treats.

Cotton Candy – As many as you can tolerate! Need we say more? No wonder kids want to come. Alas, they removed the cotton candy on our last visit in 2013. Boo hoo!

If you do not like Asian food, you should probably stay away from Moonstar and stick to the Vegas buffets like the one at the Wynn or Caesars Buffet. Moonstar Buffet, Daly City prices have remained steady for the last couple of years. Join the free VIP club on their website and get discounts and coupons that are pretty much useless unless you come during off-peak times.  Kid’s Club for those 8 and younger allows them to eat for free with 2 paying adults.  Special discounted prices for kids, that vary with height and age. (Free – $10.88) Charging full price for a 10 year old kid generates a ton of their profit. Tons of families with kids here because of this. Tuesday is senior discount day at Moonstar.

We like Moonstar in Daly City because you can quickly sit and eat what you want. The quality of the food is slightly better than other local buffets but not by much. Some feel the need to get their money’s worth and gourd themselves. The service was fair and overloaded. They mainly pickup plates and bring the bill.

This place is superior to the local competitors KOME in Daly City. The only local buffets that are superior is the super expensive Ritz Carlton Sunday Brunch.

The best buffets we have visited, remain: 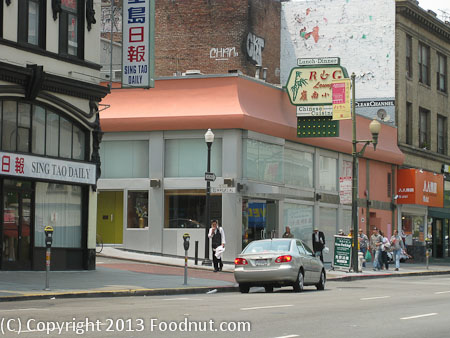 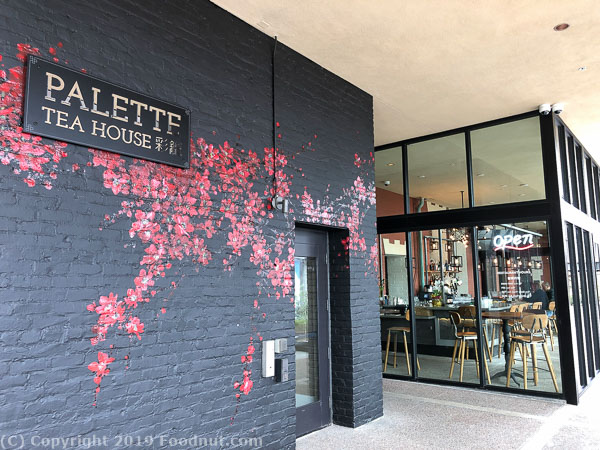