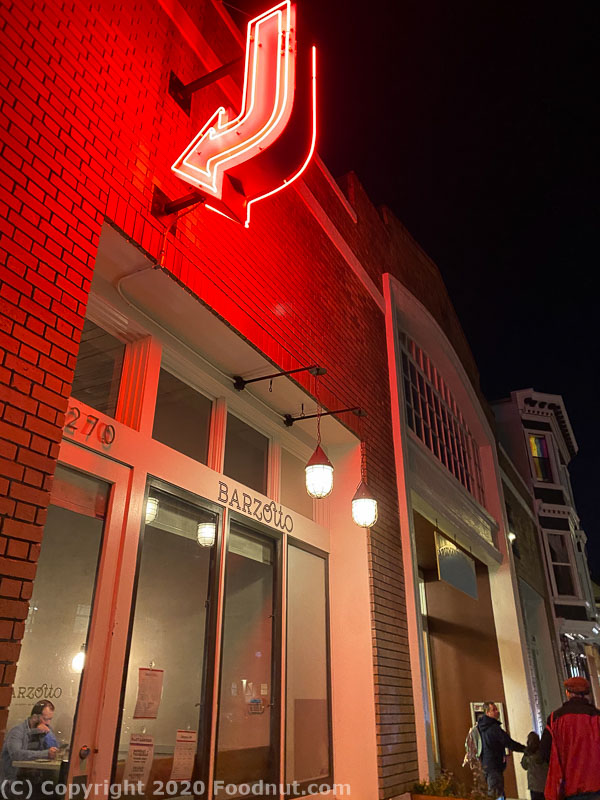 Why did we dine here? – Cheap Awesome Pasta! Barzotto is a casual pasta focused restaurant in the San Francisco Mission District. Our son dined there and recommended it, so we had to check it out. Best part of this spot is there is no need to reserve in advance.  Arizmendi Bakery is next door!

Michelle Minori, an alum of Flour + Water and Acquerello, originally lead the kitchen. She parted ways with Barzotto in the fall 2019 and competed on Top Chef. 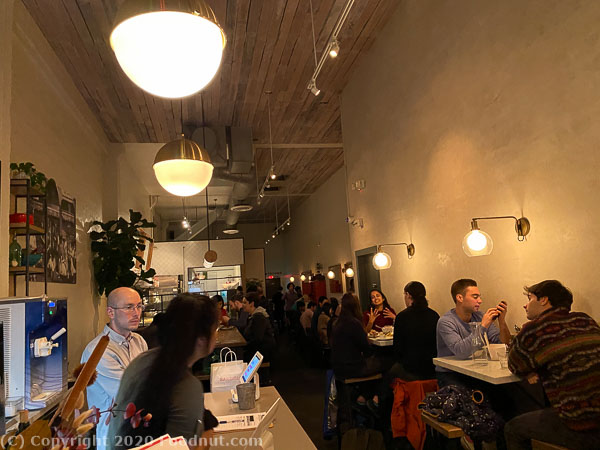 Service – Barzotto had very good service for this style of casual restaurant. There were more servers around that most restaurants. One person upfront, did give us erroneous dietary information.
Verdict – Barzotto impressed us with really good food in casual settings. Prices are reasonable too! Wish more places were like this.

Pierced Noodles • Bucatini Tomato and Pork Ragu, Pecorino ($18) was even better than the Spaghetti. Really nice ragu. Eggless, freshly made. 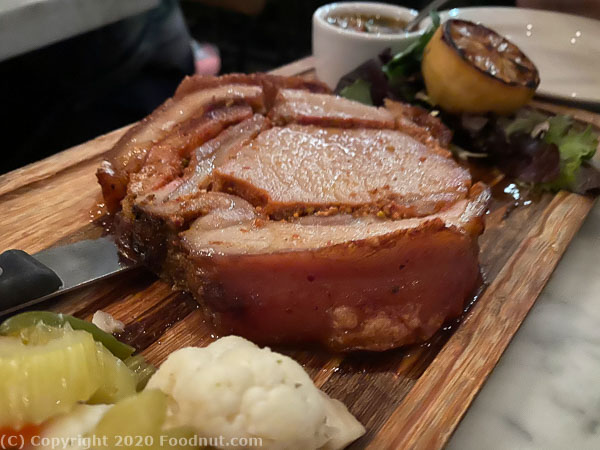 PORCHETTA • Crispy Crackling Pork Roast cherry mostarda, accompaniments ($20) is expensive but great for pork fans. Personally like the version at Che Fico more. This one emphasizes more of the side dishes.