Why did we dine here? – In Situ serves the best dishes from famous chefs around the world. Corey Lee (Benu, Monsieur Benjamin) gets recipes from cooks and replicates them as he best can. The dishes may not be the same as ones being served at those restaurants today. Older variants might be when is being copied.

Insider Tip – If you really want to try it, hit the lounge for a drink and some of their small bites before you commit to a full blown meal.

Service – In Situ Service has professional but faded toward the end. Not enough waitstaff to keep it excellent. They automatically charge 20% for service, so there is not a lot of incentive to earn a tip.

Verdict – We expected more and were a bit disappointed. Just serving the best dishes from top chefs does not equal a great experience. Haven’t been to most of these places, but a meal at French Laundry is far better than the duck would indicate.

There was not a common theme running through all these dishes making the meal scatter brained. It is also like putting French Impressionist paintings next to a modern abstract photo.

Is this restaurant worth a 5 minute drive? 30 minute? 1 Hour?

In Situ’s Menu changes with the seasons. It features top recipes from Chefs around the world.

Octopus and the Coral ($28) braised octopus and seaweed (spicy), Virgilio Martinez, Central – Lima, Peru, 2014 is very spicy. Soupy like this with tender octopus.

Interpretation of Vanity ($16) moist chocolate cake, cold almond cream, bubbles and cocoa – Andoni Luis Aduriz, Mugaritz – Errenteria, Spain, 2007 is a famous place we’d like to eat at someday. This looked like it belonged in a museum, but did not taste very good. 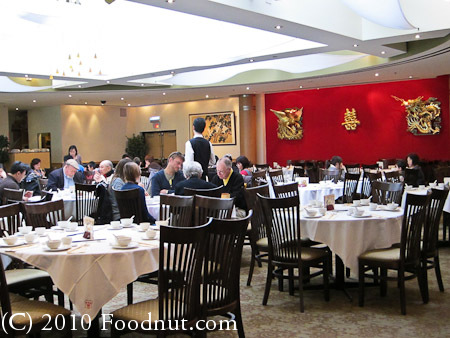