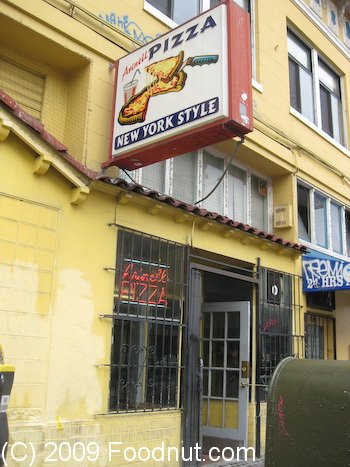 Since 1975, Arinell Pizza has been dishing up New York Style pizza in Berkeley to the student masses. In 1992 they expanded to San Francisco. They have Neopolitan thin crust and Sicilian Thick crust pizza with a variety of add on toppings. They have pre-made pizzas that they add toppings (0.50 or 0.75 each) onto, and heat up. They also sell pizza by the pie. They don’t use MSG or sugar on their pizzas.

Decor, Vibe – Plain jane location with low ceiling, and some small counters to quickly wolf your pizza down. Twenty something locals were stopping in for a quick bite.

Slice of Neopolitan Pizza ($2.75) with pepperoni ($0.50) had some mozzarella cheese and lots of pep slices on top of a very thin pizza crust that was very crispy and not soggy. The very good pizza was pretty greasy and need a pat down or two to minimize the artery damage. This slice was pretty big. 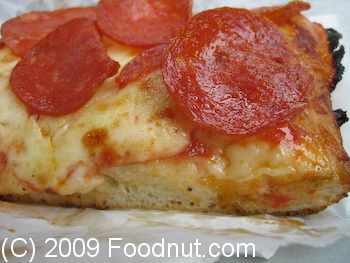 Slice of Sicilian Pizza ($3) with pepperoni ($0.50) had tons of pep too, but the size of the slice was not that big. Chewy crust, definitely not as good as the thin crust. Thick crust fans should visit Little Star or Zachary’s instead.

Arinell Pizza took about 5 minutes to get us our pizza slices. The Neopolitan slice was huge and delectable, definitely the better bet here. If you are in the Mission and love pizza give this hole in the wall a try. You can also go across the street and grab some Belgian fries and drinks at Frjtz, then some Ice cream from Bombay Ice Cream. Cash only.

Also at:
2119 Shattuck Ave (Between Addison and Center)
Berkeley, CA 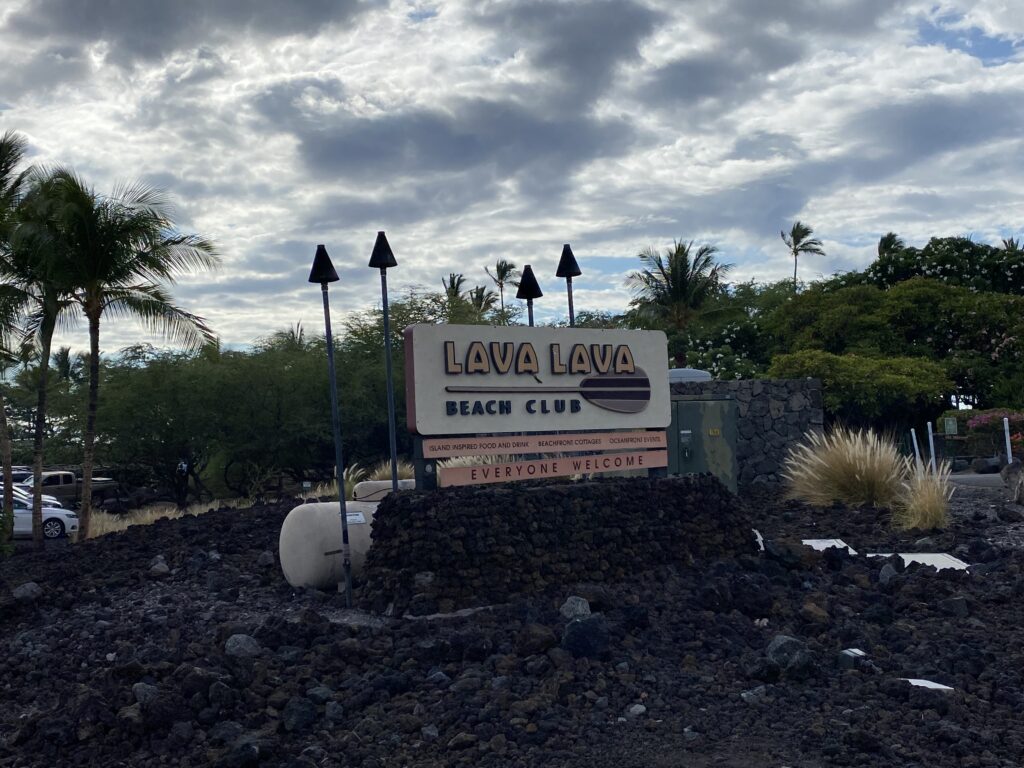