Why did we dine here? – The Plant Organic Cafe is a small local chain of restaurants focusing on organic and vegetarian oriented cuisine. The menu features many vegetarian items along with seafood and even cocktails. They have locations in Mill Valley, San Francisco at Pier 3, Downtown, and the Marina. We dined at their Burlingame location. Next door is a cafe where you can get Blue Bottle Coffee, their trademark smoothies, as well as baked goods. We really enjoyed their selection of vegan cookies, cupcakes, desserts. There are few places with this variety.

We noticed that this location’s Yelp reviews were incredibly low due to poor service. Thankfully we didn’t encounter all the problems that were mentioned.

We found The Plant’s food interesting and a nice mixture of vegetarian cuisine along with seafood items for carnivores.

Insider Tip – Make reservations at dinner time as this restaurant is small. 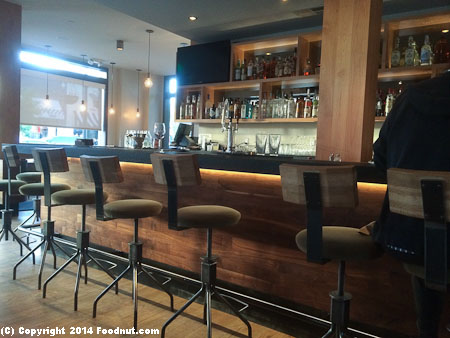 Service – The Plant Organic Cafe had reasonable service. A good number of waiters and bus boys were circling around. They probably had training to fix some of the issues. Clearly several of the servers were on the young side.

Verdict – The Plant Organic Cafe is a pleasant change from the usual California cuisine. Lots of kale and quinoa for those into stylish healthy cuisine.

The Plant Organic Cafe’s Menu changes all the time. They have a wide variety of starters, small plates, salads, pizza, and entrees.

Crusoe Rum Mojito ($12) initially came far too sour. They added some simple syrup and made it acceptable. 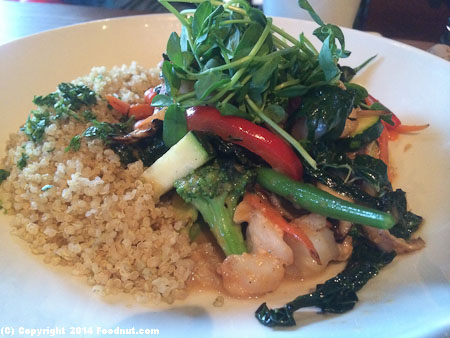 Quinoa Bowl sautéed seasonal vegetables in ginger miso sauce and shrimp ($15) is their signature dish. Anyone who likes Quinoa should definitely come here. It is one of the IN foods right now.

Pan Seared Dayboat Scallops coconut-lime reduction, cilantro aioli, citrus ($13) had two huge scallops situated in a coconutty broth. Nice carmelization and we found the sauce not too over powering. We were worried because many of the other dishes don’t require much cooking.

Margherita marinara, fresh mozzarella, basil ($12) was about average. Soggy middle, decent cheese. Order this only if you have to. 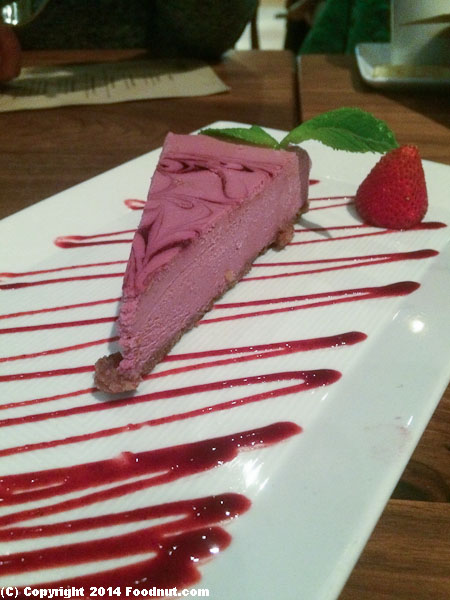 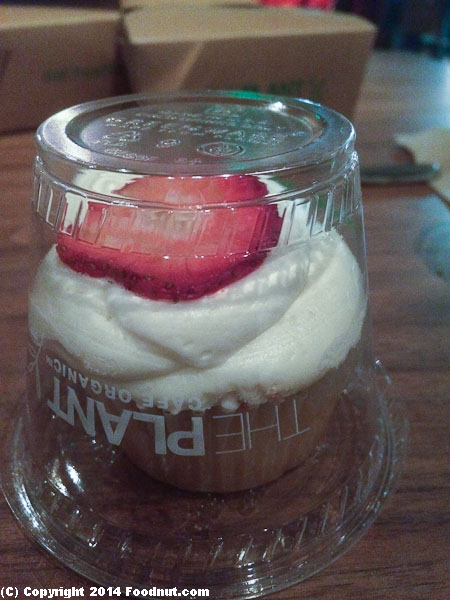 OK: (Order if you like this dish)
Chocolate Chip Vegan Cookie ($1.25) was average. The ones at Whole Foods are better. 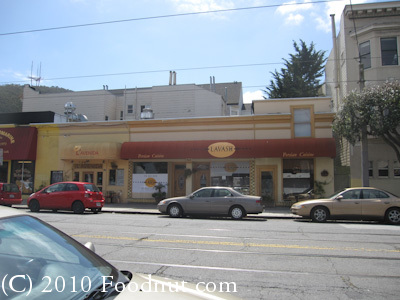