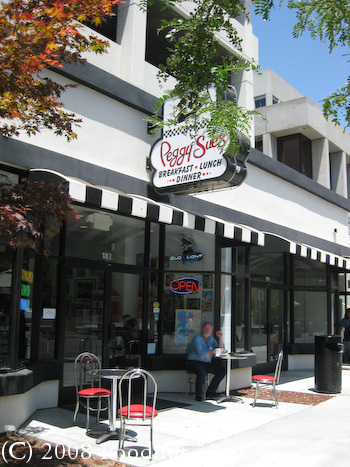 Peggy Sue’s is a burger place that has been there since 1958 that also serves classic American breakfast. They have two locations in downtown San Jose, right near the major destination including the Children’s museum, The Tech Museum, and San Jose State. Free all-day weekend parking with validation. They push their USDA lean 100% Angus Beef. Our last visit was in April 2013. 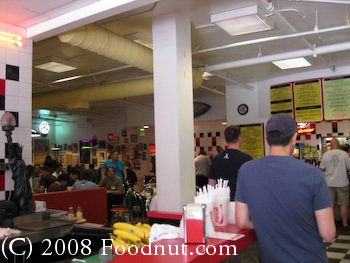 Decor, Vibe – Peggy Sue’s has 1950’s classic burger palace decor.  Lots of people attending a Video Game exhibition across the street were in the place.

Mint chip shake ($4.95) was a decent shake and came with some extra in the metal container. No super premium ice cream here though.  The oreo shake was reasonable as well.

Caesar Salad ($5.45) was an average version of the classic salad, covered with lots of dressing.

The Porky Pig ($5.95) burger with cheddar and bacon was of small size. The meat was well done, not juicy, and had a very slight Angus flavor to it. The sesame bun was fair. There was nothing special to this burger. On our last visit, the meat dwarfed the bun. 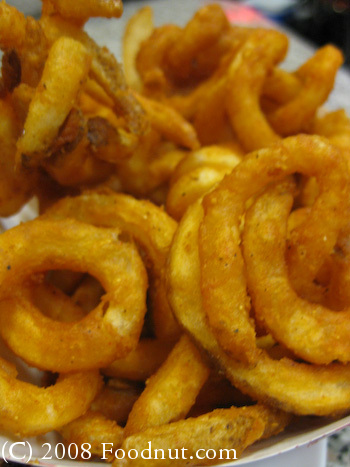 Curly French fries ($1.95) were ok on quality and quantity. 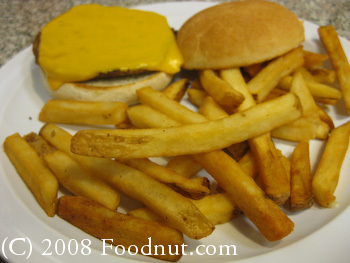 The Little Bop Cheesburger ($5.75) burger for kids with fries and a drink is a good deal. Same quality of meat, but very little of it.

French Dip ($5.95) was average but not exceptional.  A bit stingy on the meat.

Their weakest dishes are burgers! Go for a shake..

At Peggy Sue’s, you order and pickup your items, so there isn’t really service. It took about 15 minutes for the burger to arrive. This is really only a place to goto if you are attending an event nearby. They also have a kids menu.  Our favorite cheap spots in San Jose include The Original Falafel Drive In and A Slice of NY Pizza. Or try some Vietnamese like Vung Tau. 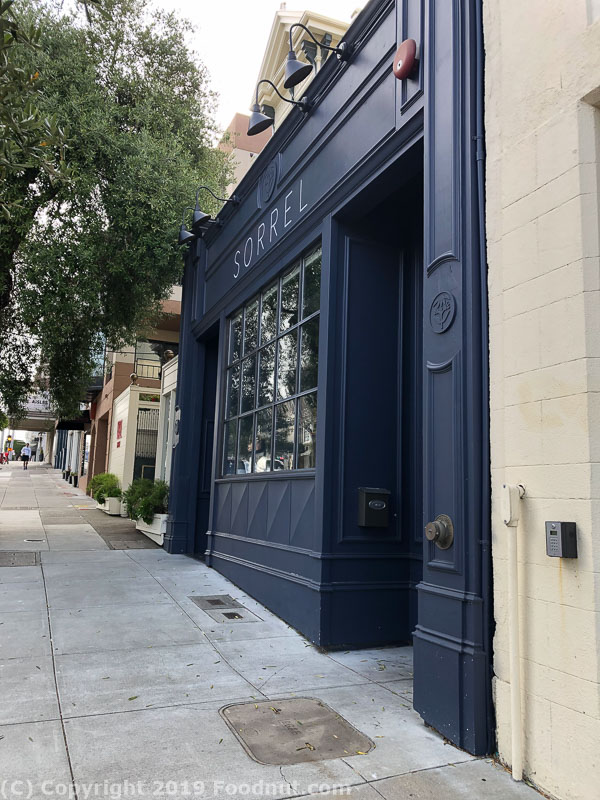