M.Y. China is a restaurant from TV Celeb Chef Martin Yan and the Koi Palace folks. It is located on the 4th floor of the San Francisco Centre shopping mall, right under the dome.  Over the last years, the other restaurants on the same floor have closed up, leaving this area pretty dead. Our last visit was in March 2018.

MY China Yelp has fallen to 3.5 stars.

Be sure to read our Introduction to Chinese Dim Sum.

Why did we dine here? – Reputation of the partners, finally a nice, clean modern Chinese restaurant.

Decor, Vibe – MY China is a beautiful modern restaurant with an awesome bell over the bar, wide open kitchen, transparent frig, and modern open dining room. Nice mixed race audience while all the folks in the kitchen were Asian.

MY China’s Menu is pretty concise with small plates, noodle dishes, entrees, and some options for vegetarians. There are some authentic Chinese dishes and some more modern ones.

Har Gow (3 for $7) shrimp, served with spicy soy sauce were super expensive, but surprisingly decent. Thick wrapper, large shrimp, but not as good as Koi Palace’s, yet above average. They cheat by placing each on a metal holder. This actually has some egg.

Pork Riblets ($9) were lukewarm but had a nice deep sweet – sour flavor.

Stir Fried Chang Fen ($7) rice noodle rolls, wild seasonal mushrooms, X.O. sauce was excellent. It can in a hot skillet and remained sizzling for a while. Small rolls of tender wide noodles along with sliced veggies.  Great for vegetarians.

Wild Boar Scissor Cut Noodles ($17) bean sprouts, scallions, wood ear mushrooms, Shaoxing wine was made in house. A bit greasy. A very good dish that simply could have used more noodles. Reminded us of Flour and Water syndrome. Tender noodles, good quality non gamey meat. Several noodle dishes are not made in house, so make sure you order correctly.

Braised Beef Short Ribs in a Clay-pot aromatic herbs, dried chiles, Sichuan peppercorns, hoisin sauce ($25) was a misnomer. This is a stewed beef brisket that we had to ask for bowls to eat. Zesty sauce elements, tender long boiled beef that deserved some rice.

Wok Seared Beef Filet ($16) Sichuan peppercorns, Shaoxing wine came with a ton of arugula. The beef was tender, yet a bit too spicy.

Chilled Eggplant ($8) with yuzu vinaigrette was a very good cold vegetable dish. A must for vegetarians with its clean, crisp flavors.

Sugar Egg Puffs (4 for $6) are light doughnuts topped with sugar. How can these not be good. Koi Palace’s version is still better.

Lychee Panna Cotta ($8) was a good dessert. Absolutely not Asian, but worth ordering nonetheless!

OK: (Order if you like this dish)
East Meets West Cocktail ($11) Chrysanthemum infused Tito’s Vodka, orange blossom honey, lemon juice, on the rocks was a bit odd. Hidden potency, weird reminder of the tea, too small a portion.

Steamed BBQ Pork Bao (2 for $5) was overcooked although the filling was good.

Wild Boar Juicy Dumplings (4 for $8) ginger, garlic, M.Y. seasoned salt were served in fancy black spoon (meant to hold the soup) within the steam. They were so hot that it impossible to eat for several minutes. This is taking the Koi Palace cupcake tin too far.  Give people regular steamed dumpling and do it right.  A glaring example of Cantonese folks doing Shanghai dishes.

Pans: (We would not reorder these dishes)

Slow Cooked Chicken ($9) was cold and had very little flavor.

Service – MY China had fair service with the waiter not checking in enough.  The service helpers were around far more.

Value – MY China is not cheap, but inline with restaurants of this caliber in high traffic locations.

Alternatives – Restaurants similar to MY China include the new Hakkasan and still tops, Koi Palace.

Verdict – MY China could have easily disappointed us, but surprised us with solid Chinese food, some of it more Americanized. It provides a good introduction to real Chinese food, making it more accessible to a wider audience. This restaurant is a no brainer if you are shopping at the mall.

More people will be ready to venture to true San Francisco Bay Area Chinese food at restaurants such as Koi Palace, R&G Lounge, and Great Eastern. 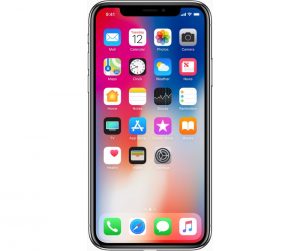 Kalbi and more from 10 Butcher’s